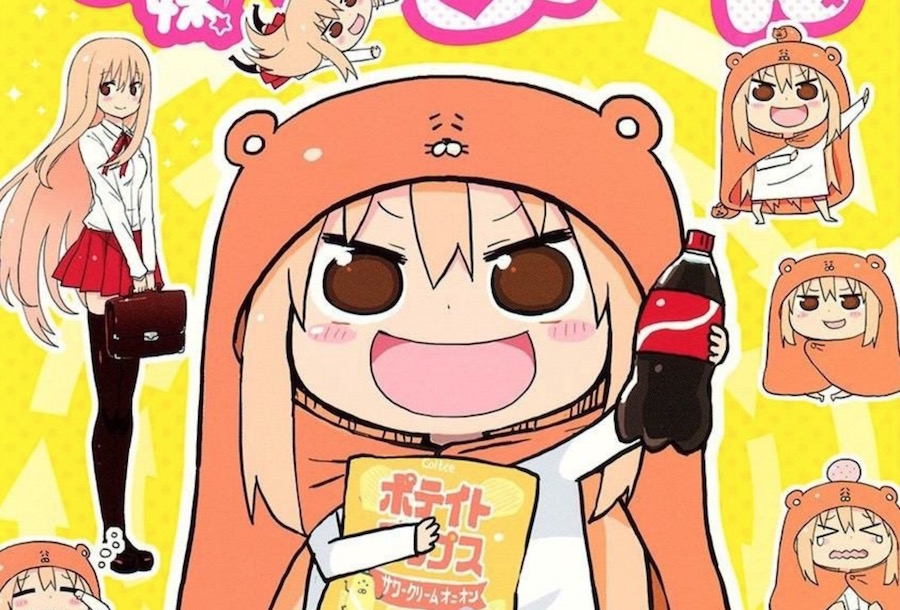 Sankaku Head’s Himouto! Umaru-chan manga—which is currently enjoying a second season of anime—is about to come to an end. According to the latest issue of Young Jump magazine, there are just three chapters left, with the final to run in this year’s 50th issue.

There’s also an important announcement on the way regarding the series.

Following up on a couple chapters that ran in Miracle Jump in 2012, Umaru-chan has been running in the pages of Young Jump since 2013. Seven Seas Entertainment plans to release the first volume in English in May 2018, so here’s how they sum up the story:

In public, Umaru Doma appears to be the perfect high school student: hard-working, refined, and totally responsible. But the minute she gets home to her older brother Taihei–and dons her famous hamster hoodie–she devolves into the ultimate bratty little sister! She’s happy to roll around all day in an otaku cloud of games and junk food while her exhausted older brother takes care of everything in the house. In this hilarious comedy about family, friendship, and the nonsense we put up with (from the people we love), Umaru and Taihei will find a way to make it work!