Here Are the Actors For VIZ Media’s Mr. Osomatsu Dub 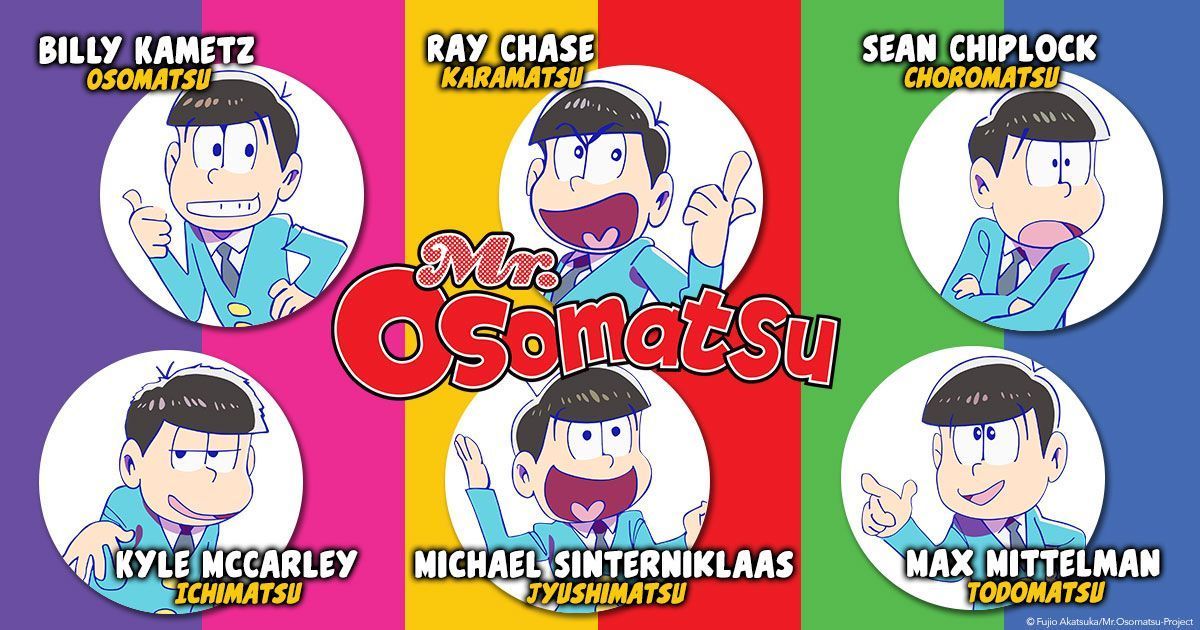 VIZ Media will be releasing the first season Blu-ray of Mr. Osomatsu on March 9, and it’s announced more information on the dub cast. 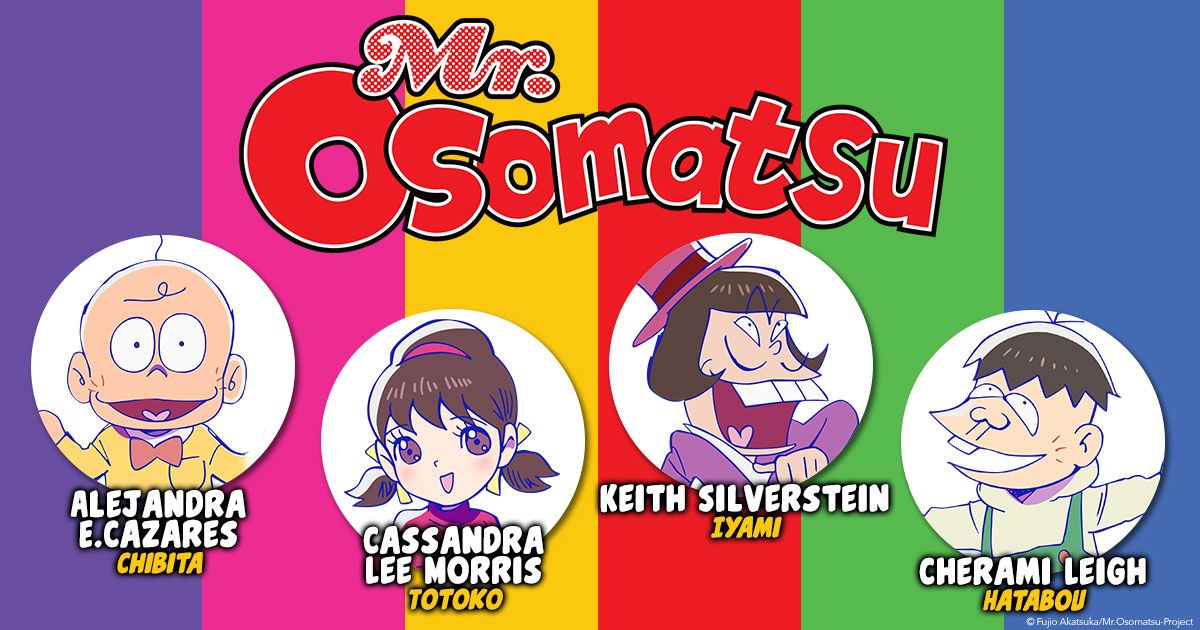 VIZ gave this description of the series:

In the hardworking country of Japan, the sextuplet Matsuno brothers from the legendary comedy manga Osomatsu-kun are now all grown up but just can’t be bothered to do anything productive with their lives. Allergic to work, inept with girls, and completely oblivious to what society thinks of them, the six twenty-somethings prefer to spend their days lying around their parents’ house, where Mom makes the food, Dad makes the money, and the pressures of modern living never intrude. After all, life is just too short to waste your time not wasting your time.