Author and anime/manga expert Helen McCarthy has had a busy year.

“I’m promoting my year of four books,” she told Otaku USA at Anime Central in Chicago.

The first book is A Brief History of Manga, and it has interesting and condensed information for manga fans.

“Think of it as one of those shrinky histories of manga, like taking a big book like Jason Thompson’s and putting it in the oven until it shrinks,” she said, referencing Otaku USA’s manga editor for the print version. “But it contains a lot of material that hasn’t been picked up in Western histories before because the history of manga is very diverse and a lot of people don’t go back before World War II and the Chinese Wars.” 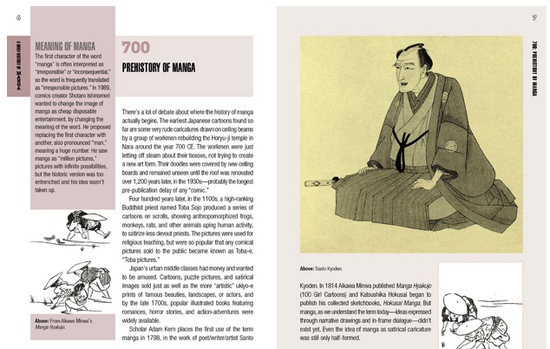 So what sort of information is she talking about? “Something a lot of people don’t realize about the history of manga is how much of it was involved with and engaged by the West,” she said. “Charles Wirgman, who was a London boy, an expat, went out [to Japan] and started a whole range of businesses, including a little satirical magazine called Japan Punch, which influenced loads of Japanese imitators, including the first manga magazines. He was also the first man to teach Western style cartooning in Japan. He had such an influence that for a while comics were called ‘punch pictures’ after his Japan Punch. And then there was a French guy, George Bigot, who ran a magazine Tobae. He was the first, as far as we can see, who introduced sequential storytelling in Japan. That was such a change from their scroll storytelling that it really excited them and shook them up. There was also a wonderful young Aussie named Frank Nankivell who went over there on a gap year, ran out of money on his way to Paris, and stayed in Yokohama. He was really inspirational because he taught cartooning to and befriended a young Japanese guy who would become Rakuten Kitazawa, whom the Japanese consider the father of modern manga.”

So even if it’s a little book, there’s a lot of information to take in. “Right from the start you have all these multicultural influences coming into Japan and the Japanese taking them and processing them and making something unique from them,” she continued. “I suppose the thing that excited me about the project is showing that manga has never been exclusionary. Manga has always been artists engaging with the world.” 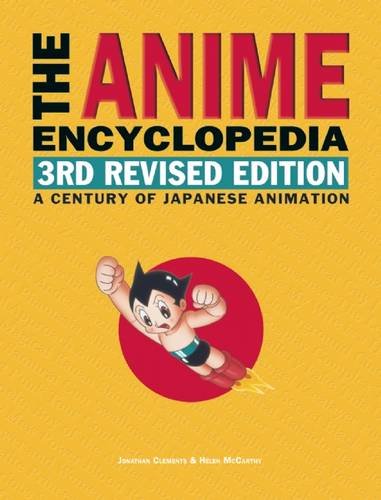 Her second book is the third revised edition of The Anime Encyclopedia, which I recently reviewed here. And McCarthy feels like nothing less than a Hollywood icon when unearthing new information for this massive tome.

“New things [about anime] are being found all the time, especially the history of early anime,” she said. “We lost so much of that in the Kanto Earthquake in ’23, and of course in the fire bombings of World War II. But fragments survive and people are still finding them. The encyclopedia will never be finished. It’s just like being Indiana Jones. I get up, I go to work and I turn on the computer and somebody sent me an email about this or that discovery and I think, I am Indiana Jones. This is exactly how it feels.”

Beyond this, she has two more books coming out, both on how to draw manga, and she brought together artists from all over the world to help her with this task.

“My third book is a book called How to Draw Manga Made Easy,” she said. “It’s a book that sets out to teach, in really simple steps, the techniques of manga drawing and page creation, the different styles of manga. You can learn so much from other artists and absorb their style and constantly improve yourself where there really are no limits. Before the end of June, I’ll have a fourth out called How to Draw: Basics. The publisher wanted another book, but drawing more simply, tackling things like human anatomy, perspective, how to deal with different animals, ages of people, costume. The artists we have working on these are just amazing.”

There’s nothing like learning about the history of manga to help people appreciate this art form more and get in a drawing mood.

“For Minecraft fans, the young-at-heart and people who know young Minecraft fans, Danica Davidson’s middle grade Minecraft novel Escape from the Overworld is now available. You can also listen to the audio book, which is narrated by anime voice actor Dan Woren of Robotech and Bleach.” 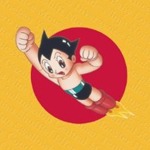 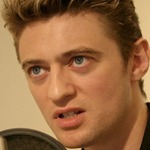 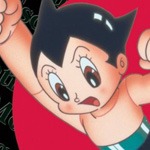 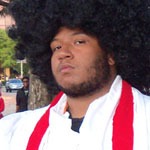 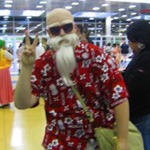