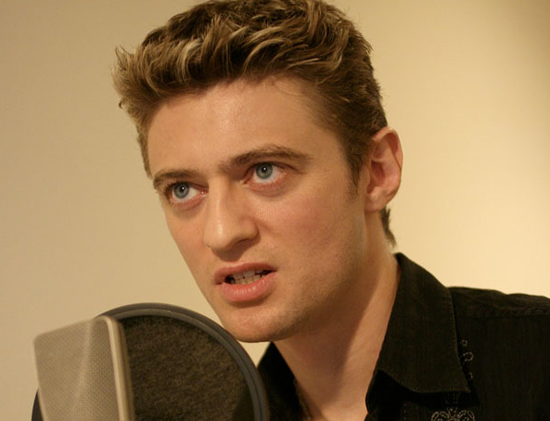 Freeman has a site called Mythology and Meaning, so he spoke about his fascination with mythology and its importance in storytelling … and the importance of us understanding mythology when we approach stories. “I have always been fascinated by mythological storytelling, specifically archetypical hero journeys,” he said, giving a nod toward Joseph Campbell’s work. “I found when I was watching animation and specifically Japanese animation, there’s a lot of mythical influences. So I created my website as a sort of online home for all of my scholarship. I try to identify patterns that crop up in storytelling over and over. For example, the archetype of the giant robot or the archetype of the superhero—these are character types that are very specific to Japanese and American culture, respectively. When I see multiple creators in the same culture writing about the same archetype, I know there’s got to be some root influence.”

So why superheroes and why giant robots?

“When it comes to something like superheroes and giant robots, it has a lot to do with their notions of how they conceptualize divinity,” he explained. “It affects how they create these superpowered heroic types, whether they tend to be anthropomorphized as a human being with a superhero, or if they tend to be more mechanical and more nature-based with robots. Something like Mazinger Z is actually made of Alloy Z, which is a material you can only mine from Mt. Fuji. Well, Mt. Fuji is a god, a kami in the Shinto tradition of Japan. So Mazinger Z is a robot made of god stuff, right? It’s very explicit in shows like that.”

I brought up the female hero journey, something that’s pretty much overlooked by mythologist Joseph Campbell, but something Freeman is passionate about. 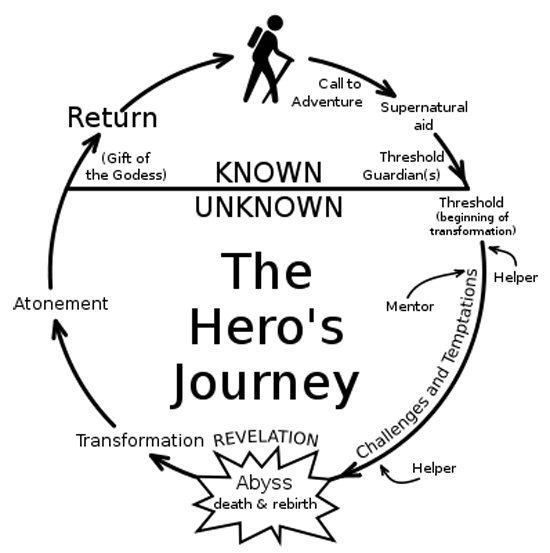 He continued, “As much as I love Joe Campbell, he does give short shrift to the female hero journey, and it’s very frustrating to me, so that’s part of why I developed my third anime mythology presentation, which is called ‘Mystics, Priestesses and Warrior Women.’ Traditionally, male hero journeys were more prominent because in traditional hunter-gatherer societies, a boy doesn’t become a man until he’s physically initiated. He’s usually separated from his mother by the men, he’s put through a pretty horrific ritual in many societies where he’s scarified: they knock his teeth out, they literally change his body so that he is a man. He has to go on this emotional journey to become a man. In those same traditional societies, a girl becomes a woman when she starts menstruating. When she starts menstruating, they put her in a hut and have her think about the fact she’s menstruating. Well, that might have worked back in hunter-gatherer times, but that doesn’t work now. That’s not enough to help girls now become self-actualized women. It’s vital we have female hero journeys—not just for girls, for boys, too. Boys and men need to understand the challenges women face as they go through their lives, and if men don’t, they’re doomed to perpetuate ridiculous chauvinism. It’s my personal flag I like to fly, because it’s about damn time that girls have more choices.”

Which brings us to the question of why Japan has these great female hero journeys that are so lacking in the West. Freeman doesn’t have a definitive, end-all answer, but he does have some important thoughts.

“One is the notion of the miko, the Shinto shrine maiden,” he said. “It’s possible in Shinto in Japan for women to channel spirits and be shamanesses. Because there’s this tradition of female shamanism in Japan to this day, it’s more common in Japan to see women with magical powers, in ways that don’t really happen in the West.”

And in case you’re wondering, yes, all this knowledge of mythology does help him get into character. 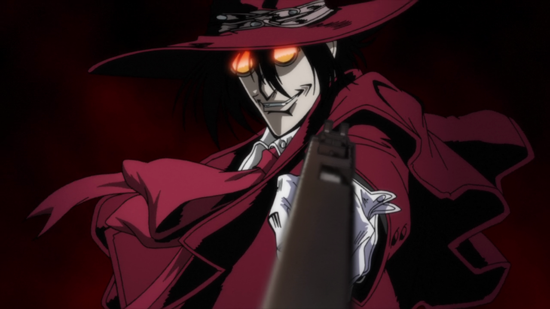 “It helps me understand characters on another level,” he said. “When I see a character like Alucard in Hellsing, I can look at that, and because I understand the cosmology and mythology that this battle is taking place in—this is a sort of Christian battle of good versus evil and there are demonic forces and divine forces—it helps inform the goals of my hero. I can say, ‘I understand what my hero is all about because I understand the world he’s in and what he’s fighting for. I’m not just fighting for good, I’m fighting for this notion of good, which is tied to this divinity, which is tied to this culture.’”

I mentioned Itachi, another one of his most famous characters, to ask about the mythology behind playing him.

“While there is plenty of folklore references in Naruto, I was pulling on psychology for playing Itachi,” he said. “When I saw Itachi dealing with Sasuke and being so mean to him, I said, ‘I think he loves his brother.’ Everyone thought I was crazy. This was early in the series and everyone thought, ‘No, he’s just a bad, bad guy.’ I went, ‘No, no, no, you don’t understand. You don’t hate someone if you don’t care about them. If someone you don’t care about calls you, you just go, ‘Whatever, that’s annoying.’ The way Itachi was dealing with Sasuke, the only thing I could come up with was that Itachi loved him so much he was pushing him to do better.  Three years later I was vindicated.” 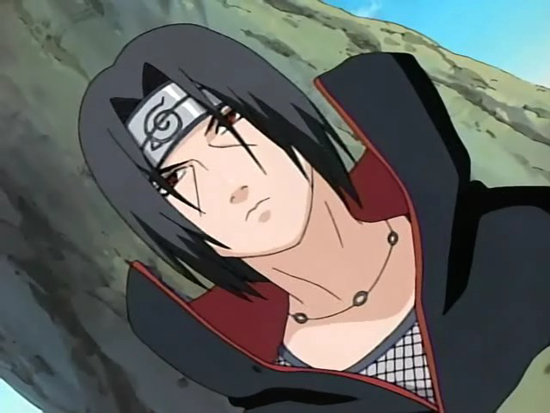 Still, Naruto is pretty steeped in mythology, and you know Freeman won’t miss a thing. “Now, where the mythology came in for Itachi was the final battle with Sasuke,” he explained. “Itachi calls on the jutsu Susanoo. Susanoo is an ancient legendary figure, a dragon slayer who killed the dragon Yamata no Orochi, from which we get the name Orochimaru. So if Orochimaru the snake god is hiding inside Sasuke, then it makes perfect sense that Itachi calls on the dragon slayer. This means something to me. It would be like someone in the West saying, ‘He’s not just a dragon slayer, he’s Siegfried going to take out Fafnir.’ When I see that, it allows me to perform Itachi on that deeper level and hopefully people can feel that resonance in my performance, because I have an emotional relationship with Susanoo and it’s not just that spell I cast.”

On top of being a mythology scholar, Freeman is also an acting teacher. He’s often asked how to work in this industry and he’s happy to help. “That’s why I started the Voice Mastery podcast, so that I can show people what it really takes if you’re interested in becoming a professional voice actor,” he said. “The podcast comes out once every two weeks and you can listen to it on the website and you can also subscribe to it on iTunes for free. I also offer classes through the website. There are a number of classes I offer in Los Angeles, but I also offer classes online.” He’s had students from all over the U.S. and abroad, and, yes, that does mean there’s a possibility of Crispin being your own personal teacher if you’re serious about a career in voice acting. From scholar to teacher to voice actor to director, Crispin Freeman has it going on.