Hayao Miyazaki to be Presented with Career Achievement Award 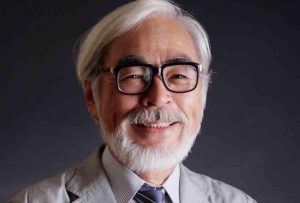 January 12 marks the annual awards dinner for The Los Angeles Film Critics Association, and the group will be taking some time to honor revered anime director Hayao Miyazaki in the process. The Studio Ghibli co-founder will receive the association’s Career Achievement Award during the dinner, where the LAFCA will be giving out some of their other top awards.

Here’s what LAFCA president Claudia Puig had to say in the announcement:

“We are thrilled to be presenting our Career Achievement award to Hayao Miyazaki, who has transported our members — and audiences around the world — to his enchanting, indelible and vividly imaginative worlds through his gorgeous and thematically rich animation … . “The way in which Miyazaki inspires an audience’s sense of wonder is unmatched. I particularly admire his depiction of self-sufficient, determined and courageous female characters who don’t need saving. He has explained his cinematic approach simply: ‘Any woman is just as capable of being a hero as any man.’ These words resonate more powerfully than ever in our current times.”