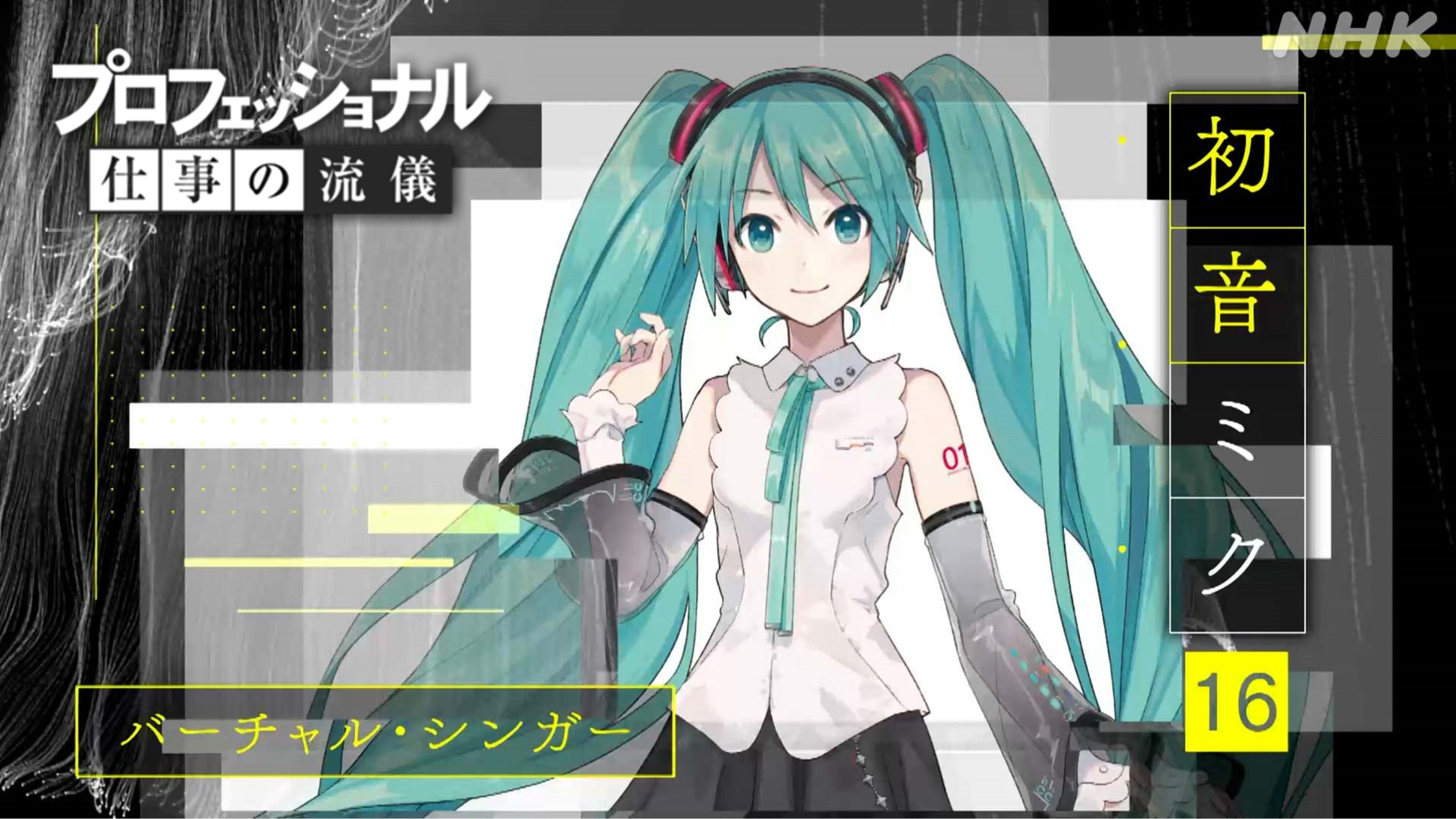 It’s time to take a look at the “Professional Work Style” of a virtual superstar. Hatsune Miku will be the next subject of NHK documentary series Professional: Shigoto no Ryugi (Professional Work Style), a series that profiles high-level people in their respective fields. As the documentary describes, it will be pondering, “How was the 16-year-old, who shocked the Japanese music scene, born and what has changed since her birth? From the minds of many, we get a closer look at her style.” The official Twitter account for the series shared a preview.

In previous episodes, the series has profiled everyone from Hideaki Anno as he worked on Evangelion 3.0+1.0 to comedy duo Sandwichman, WHO’s leader of the Influenza and Respiratory Disease Team of the Pandemic and Epidemic Disease Department Professor Nahoko Shindo MD, and more. In this episode, they’ll be spotlighting the creators of the software behind Miku, including project leader Kenmochi Hideki, Crypton Future Media developer Wataru Sasaki, and Vocaloid producer DECO*27.

Look for Ultimate Diva Virtual Singer Hatsune Miku Professional Work Style to air on NHK General in Japan on March 1, and hopefully we’ll get a subtitled version at some point after its debut.