The concert tour featuring the virtual idol has been on a roll since 2014, and it’s showing no sign of stopping. Miku and crew will idol their way to North America in spring 2016, making stops in Seattle, San Francisco, Los Angeles, Dallas, Toronto and New York City.

This isn’t the first time Hatsune Miku has planted her virtual feet on our shores. She’s previously had shows in Los Angeles and New York, where she stopped by the Late Show with David Letterman and made her U.S. television debut. 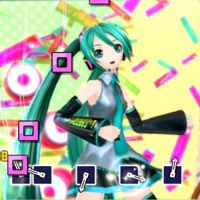 Hatsune Miku: Project Diva X Game Announced
Latest game heads to PS4 and PS Vita
Sega has been teasing a new announcement with a countdown, and many correctly assumed it would be related to Vocaloid superstar Hatsune Miku... 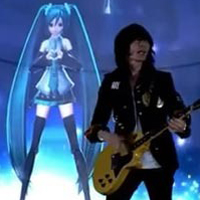 Go Behind the Scenes of Hatsune Miku
Documentary explores tech and more
If you find virtual Vocaloid idol Hatsune Miku interesting at all, you’ll want to check out the first installment of a new documentary… 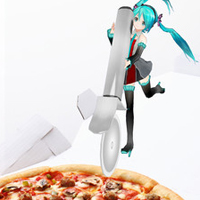 Domino’s Japan sells out of Miku pizza boxes
What did we do to deserve this?
Japanese Domino’s Pizza franchises began a collaboration with Vocaloid sensation Hatsune Miku, packaging medium and large pizzas in Miku-themed boxes…