Imagine it’s a normal day in the office. Your boss calls you over to his desk and asks you to make some copies. Suddenly there’s a strange sound and the building starts to rumble. Earthquake? Nope – your office is under attack from a giant robot.

Or so it appears, anyway.

This pretty amazing prank was apparently the work of a group called the Gundam Fever Project, who went to such lengths as installing special projection glass, hidden cameras, smog machines and, uh, building-rumblers to make an attack by a Zaku from Mobile Suit Gundam a reality. 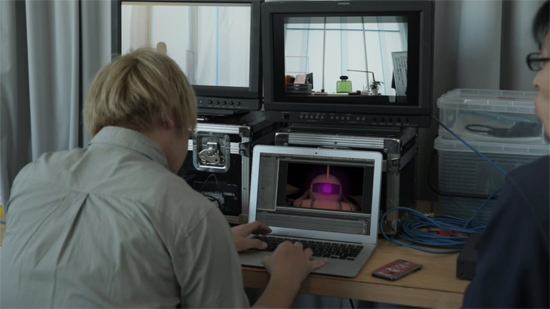 The Gundam Fever Project claims this first video is “just a prologue,” so look out for more robots rampaging through Tokyo soon. I can’t wait.