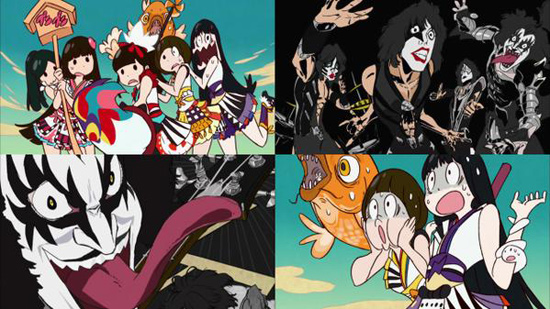 We reported a few weeks back the peppy sentai-themed idols Momoiro Clover Z would be teaming up with none other than legendary rock band KISS for a new single.

Now a music video for the song has been released online, and on top of that, it’s animated.

That’s right: the decades-long wait to see Gene Simmons’ tongue in anime form is over.

Okay, so it switches to live-action halfway through, but we’re telling you, guys, this thing is worth a watch.

The song itself is called “Yumeno Ukiyoni Saitemina,” and is available on iTunes.