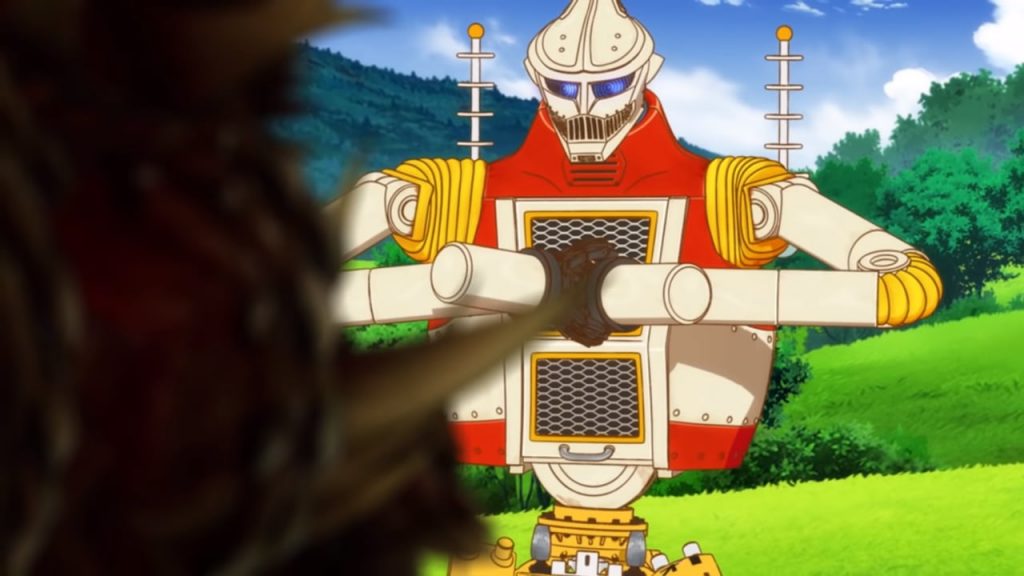 The Big G is coming. Netflix has revealed that Godzilla Singular Point, the new anime series about Godzilla—and, uh, a singular point?—will hit the streaming service in June.

Singular Point is currently airing in Japan. It’s scheduled to run for 13 episodes.

It’s animated by BONES and Orange, and is directed by Atsushi Takahashi (Blue Exorcist movie) with scripts from sci-fi novelist Toh Enjoe. You can check out its opening and endings here.

Here’s how the ‘flix describes the show:

Godzilla Singular Point is an all-new animated TV series that marks the beginning of a new project for Godzilla, one of Japan’s most iconic characters. This anime series unfolds over 13 episodes to tell a new and original story unlike anything seen in the Godzilla franchise before.

That Jet Jaguar redesign is so cuuuuuuute!

View all posts by Matt Schley
Masami Obari: “I Want to Make a Super Robot Anime, So I Will”
How NOT to Summon a Demon Lord Season 2 Adds to Cast