Godzilla Gets Shared Universe a la Marvel in 2021 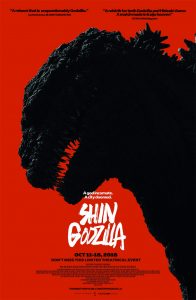 Good news for Godzilla fans: there appears to be a lot more Big G material headed down the pipeline—and there might be room for some of his friends, too.

Toho, the studio behind Godzilla since his debut in 1954, has announced they’ll be creating a Godzillaverse in the vein of Marvel movies, with interlocking stories and all that good stuff.

The universe will kick off in 2021, after Toho’s licensing deal with Hollywood studio Legendary Pictures expires (I guess that means the Japanese Godzilla and American Godzilla won’t be duking it out anytime soon).

This is what Toho producer Keiji Ota had to say about the idea:

After 2021, we’re thinking of a potential strategy that [releases] Godzilla movies uninterrupted at a rate of every 2 years, although there is a preference for a yearly pace as well…The future of the series and its forwarding developments are very conscious of the method of “shared universe”. Godzilla, Mothra, King Ghidorah, etc. could all share a single world view much like a Marvel movie where Iron Man and the Hulk can crossover with each other.

Sounds good to me, man.

2021 is a few years away, but in the meantime, we’ve got the Hollywood Godzilla sequel, plus Godzilla vs. Kong, on the way. That’s not to mention Toho’s current collab with Polygon Pictures, the animated G-trilogy whose second film came out in Japan this past weekend.

The more stomping the better, I say.