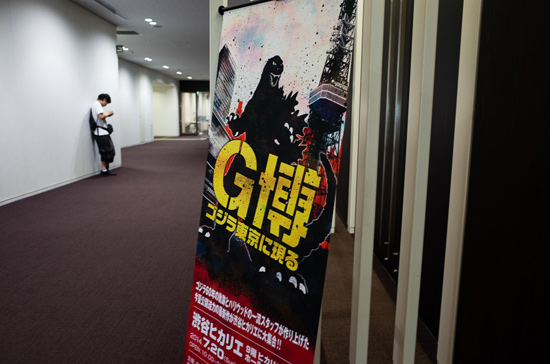 It’s been a big week for Godzilla in his hometown of Tokyo. We reported the other day in a giant Godzilla statue that’s been set up in a park in Tokyo, and the new Godzilla film is finally opening in Japan this Friday.

Well, thanks to that film, Tokyoites got a chance to look back at 60 years of Godzilla history this week with the opening of a Godzilla-themed exhibition in Shibuya. Called “G Expo,” the event takes visitors through the origins of the original Gojira film, which debuted in 1954, up to the present with posters, production art and props spanning the entire history of our favorite monster.

The exhibition is split into several zones. The first zone serves as a preview of this year’s film, with several screens running behind-the-scenes footage, interviews with the cast and crew, and several items from the film, including the uniform worn by Ken Watanabe’s character. 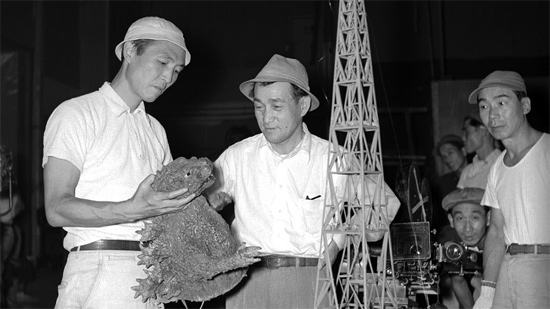 Continuing through the hall, viewers can see the history of the franchise, starting with the original film. The first film, created as a metaphor for the atomic bomb, which had been used to attack Japan just nine years prior, was the work of several “key men,” as the exhibition calls them.

First was Ishiro Honda, the director and screenwriter of the film, Eiji Tsuburaya, who created the special effects, Haruo Nakajima, who donned the Godzilla suit for the first and every subsequent film up to 1972, and Akira Ifukube, who created the classic soundtrack – and Godzilla’s legendary roar. On hand was the original prop for the Oxygen Destroyer, used to kill Godzilla at the end of the film. 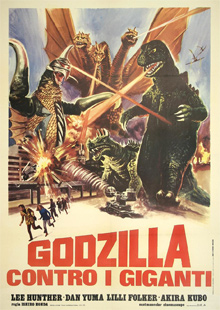 Traversing the hall, visitors see the evolution of Godzilla through a series of molds of the monster’s face – the original menacing head replaced by a friendlier one in the mid-60s, for example, and returning to a more frightening appearance for 1984’s reboot.

Poster freaks are also in for a treat, as the exhibition has assembled posters for all of the Godzilla films, some of them the original art sans lettering, allowing a closer view at the awesome hand-drawn posters, especially for the Heisei series of 80s and 90s Godzilla films. They don’t make posters like that anymore, man. Also included are posters from around the world, like the famous American Godzilla: King of the Monsters version, but also Italian and versions, an interesting look at how Godzilla has been marketed throughout the world.

Last but not last, the final section of the expo houses a mighty 6.5-foot Godzilla statue, surrounded by various scale props from the films, such as Tokyo Tower.

It’s a cool exhibition for fans of Godzilla, all right, but it’s not cheap: an adult ticket runs 1,000 yen (about 10 bucks). Considering seeing the entire thing took me about 20 minutes, I think about $5 might’ve been more reasonable – and I’m a big G fan. Longtime readers might remember our coverage of the Tokusatsu exhibit put on by Studio Ghibli and Evangelion director Hideaki Anno – now that was a giant monster exhibition, man.

Nevertheless, if you’re in Tokyo and you have a few bucks to spare, there are worse ways to spend your time than soaking in the history of Japan’s coolest monster. 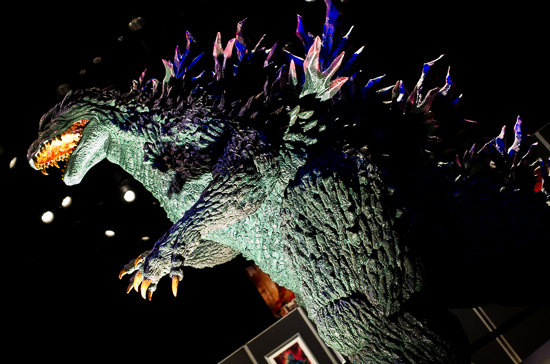 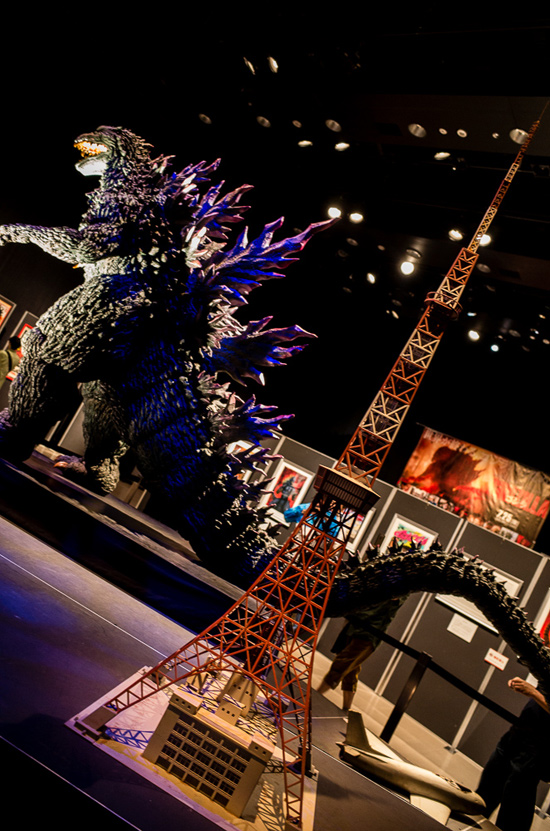 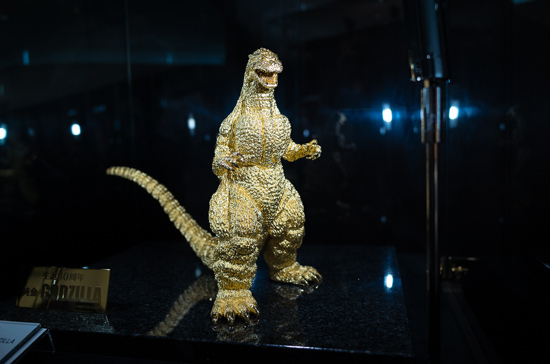 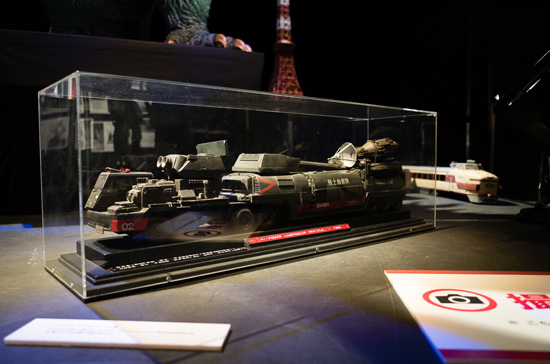