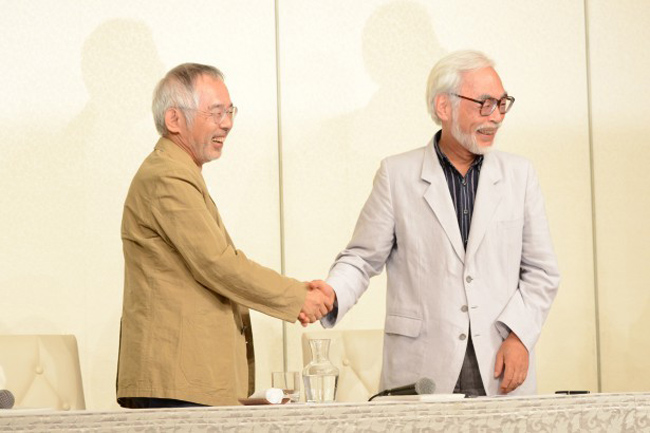 Are you on the edge of your seat waiting for Hayao Miyazaki’s new film?

Uh, might want to find something to do in the meantime.

According to Ghibli uber-producer Toshio Suzuki, who’s out on a press tour for his new book, Miyazaki’s latest (and proooooobably final) film, Kimi-tachi wa Dō Ikiru ka (How Do You Live?), will make its debut in “about three or four” years.

Suzuki went on to comment that the film has now been in production for an entire two years, and that it’s “serious” work.

“[We’re] doing things that weren’t possible until now. It’s going to be interesting, so please wait for it expectantly.”

Suzuki’s non-fiction book, Minami no Kuni no Kanyada, is about a single mother named Kanyada who lives in the small Thai city of Pak Thong Chai.

The producer joked that everyone at Ghibli is working hard to keep Miyazaki in the dark about the existence of the book so that Suzuki won’t get yelled at for not working.

Back in November, Suzuki wrote about Kimi-tachi wa Dō Ikiru ka, “the content of the film is very different than the impression the title gives. It’s a large-scale fantasy. When I read the outline, I realized the reason for Miyazaki coming out of retirement, for not ending with The Wind Rises. In the end, his pride and joy is ‘action-adventure fantasy.’”