Is everyone present and accounted for? That sure seems to be the case in the new visual for the Attack on Titan anime, which is 3D maneuver gearing up for its return in Season 3 Part 2.

The battle rages on when the series hits TV in Japan on April 28 at 24:10, which essentially puts it in the earliest hours of April 29, and you can see the latest piece of promotional material below. 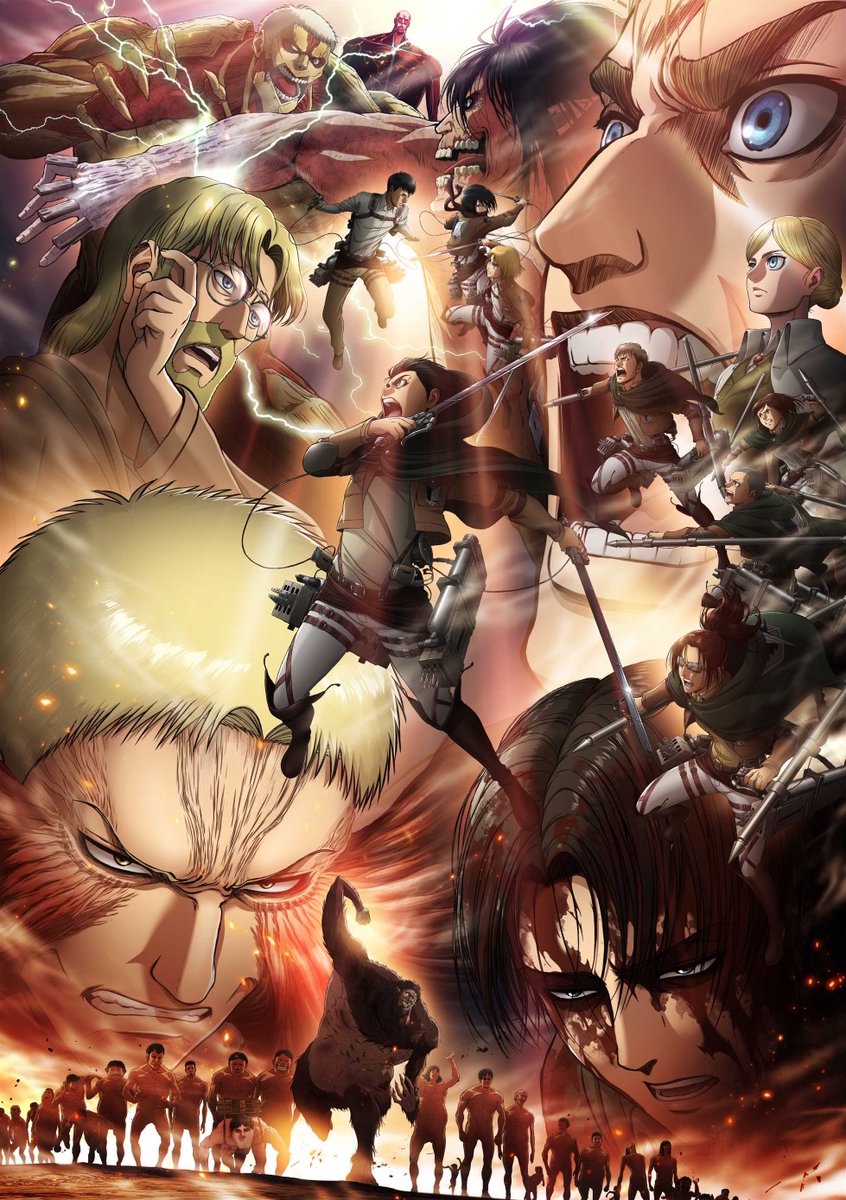