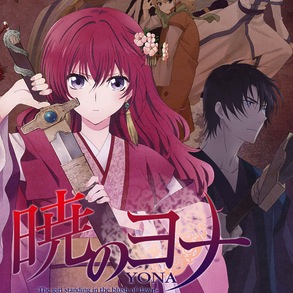 Yona of the Dawn ​is based on the epic fantasy romance manga by Mizuho Kusanagi, who previously created Mugen Spiral, Game X Rush, and NG Life. Kazuhiro Yoneda directs the series, with Shinichi Inotsume (Hayate the Combat Butler) on scripts for the Studio Pierrot production.

Upon her sixteenth birthday, the cheerful Princess Yona intended to tell her doting father of her love for SuWon, but her life was turned upside down after witnessing the man she loves cruelly assassinating her father. Heartbroken by this painful betrayal, Princess Yona fled the palace with her loyal servant Hak. Now, she will take up the sword and the bow on a quest to gain new allies and protect her beloved people.