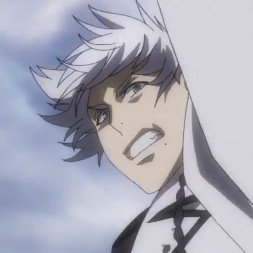 Last month FUNimation announced the license of the upcoming Black Butler: Book of Murder OVA, so the following update won’t be too much of a nefarious tease. The OVA will cover the manga’s Phantomhive Manor Murder Case Arc in two episodes, with premieres planned during limited theatrical engagements in Japan.

The episodes will premiere on October 25 and November 15, respectively, with Japanese home video releases set for January 28 and February 25, 2015. See a brief preview of the OVA in the commercial below.

At the Queen’s behest, young master Ciel Phantomhive hosts a lavish banquet to be attended by the crème-de-la-crème of London’s elite. What begins as a fabulous affair quickly takes a dark turn when guests begin turning up dead! Murder takes center stage in this chilling OVA collection where even a debonair demon butler isn’t safe from a killer on the prowl. Should Sebastian and Ciel wish to once more see the light of day, they must join forces with their guests, including the legendary author Sir Arthur Conan Doyle, to unravel the mystery – and apprehend the murderer before it’s too late!