The first of two Fullmetal Alchemist Complete Edition live-action films is right around the corner, with a Japanese theatrical premiere set for May 20. As expected, there’s an incentive for filmgoers planning to attend the screenings, and the first film’s bonus has been revealed as a brand new illustration by series creator and manga author Hiromu Arakawa.

This particular illustration has Arakawa recreating the first film’s teaser poster in the style of the original manga. Check out the results below while we wait for The Avenger Scar to premiere. 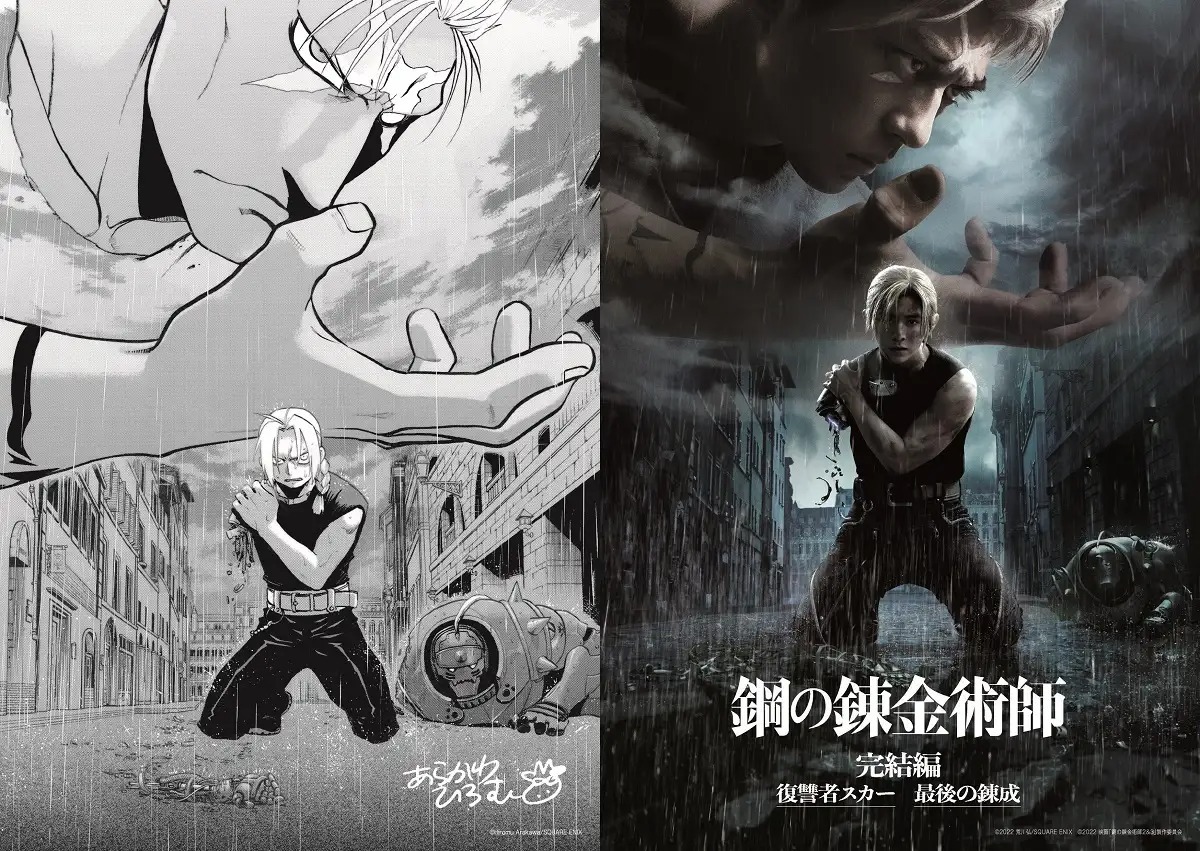 In the meantime, the Fullmetal Alchemist: Brotherhood anime is available on Crunchyroll and other services. Here’s how Crunchyroll describes it: