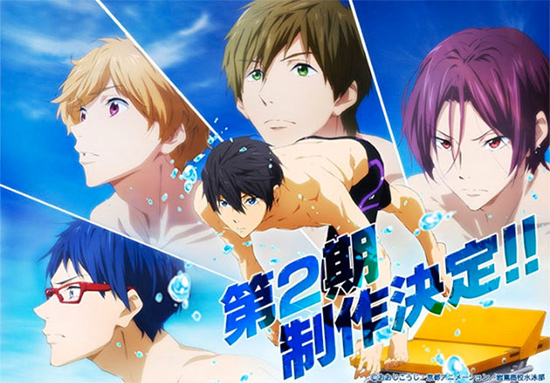 Earlier this year, it was announced that Free!, the Kyoto Animation series about a high school swimming team that captured the hearts of female fans last year, would be getting a second season (several female fans reportedly fainted from excitement at the announcement event, no joke).

Kyoto Animation has been teasing the second season since then, with the latest preview premiering on Akihabara’s giant UDX screen this past weekend. Thankfully someone was there with camera in hand to share it with the rest of the world.

From the looks of the preview, Free! Eternal Summer will premiere in July. Will you be watching?