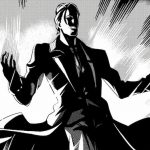 A new cast member has been revealed for Food Wars! The Third Plate, the third season of the anime that adapts Yūto Tsukuda and Shun Saeki’s Food Wars! Shokugeki no Soma manga. Starting with episode five, Sho Hayami (Aizen in Bleach, Umibouzo in Gintama) will join the cast as Erina’s father, Azami Nakiri.

Food Wars! The Third Plate is currently streaming on Crunchyroll, and the fifth episode with Sho Hayami’s debut is set to air on October 31.