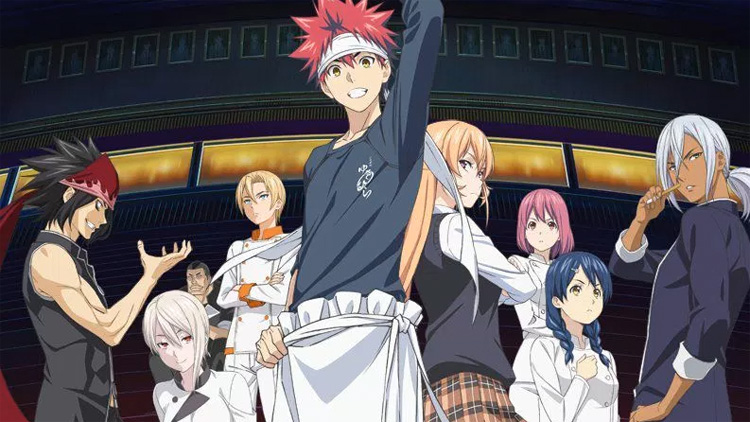 Prepare for 24 episodes of culinary battle.

San no Sara, the third season of Food Wars!: Shokugeki no Soma, will run for 24 episodes, according to a listing on a Chinese streaming site.

There have also been several Food Wars! OVAs. The latest, “Totsuki Elite Ten,” was released alongside volume 25 of the manga July 4.

The third season premiered October 4 with the episode “Challenging the Elite Ten.”

This information is from a streaming site and is not an official announcement, so add a pinch of salt, as it were.