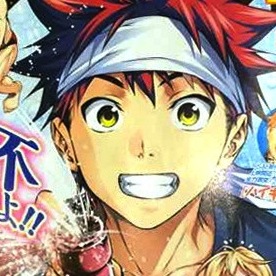 It’s been hinted at in the recent past, and now we have official confirmation of a TV anime set to adapt Yūto Tsukuda and Shun Saeki’s Food Wars: Shokugeki no Soma manga. The confirmation comes from the cover of the November issue of Shueisha’s Comics News magazine, and the first visual is being revealed in this year’s 49th issue of Shonen Jump magazine. 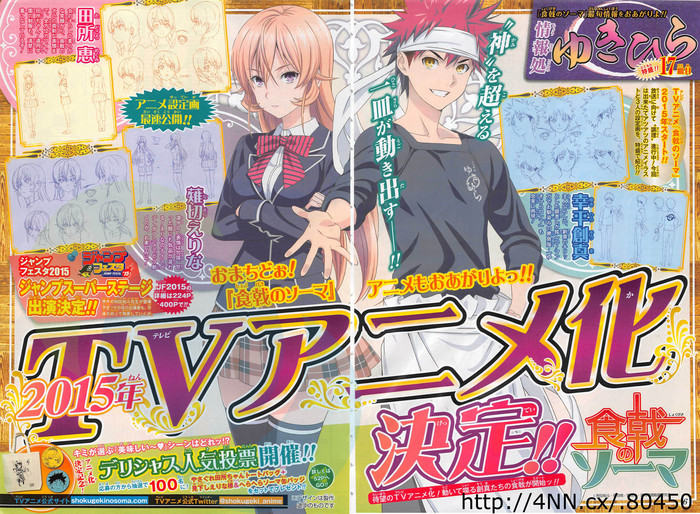 Soma Yukihira’s old man runs a small family restaurant in the less savory end of town.  Aiming to one day surpass his father’s culinary prowess, Soma hones his skills day in and day out until one day, out of the blue, his father decides to enroll Soma in a classy culinary school!  Can Soma really cut it in a school that prides itself on a 10 percent graduation rate? And can he convince the beautiful, domineering heiress of the school that he belongs there at all?!