According to early copies of next week’s Shonen Jump, fans of Yūto Tsukuda and Shun Saeki’s Food Wars!: Shokugeki no Soma manga can look forward to more anime. The adaptation is officially set to return for a third season this fall. 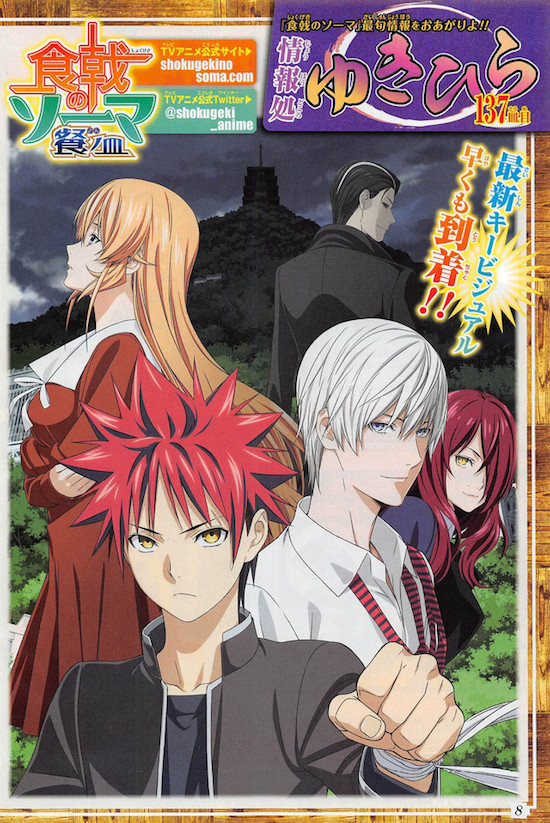 There’s also a new anime episode coming to DVD along with the Japanese release of volume 25, which hits shelves there on July 4. “Tōtsuki’s Elite Ten” features the fall finalists in a Momijigari (maple viewing) evaluation, and you can see some of the updated cast members listed after the preview below.