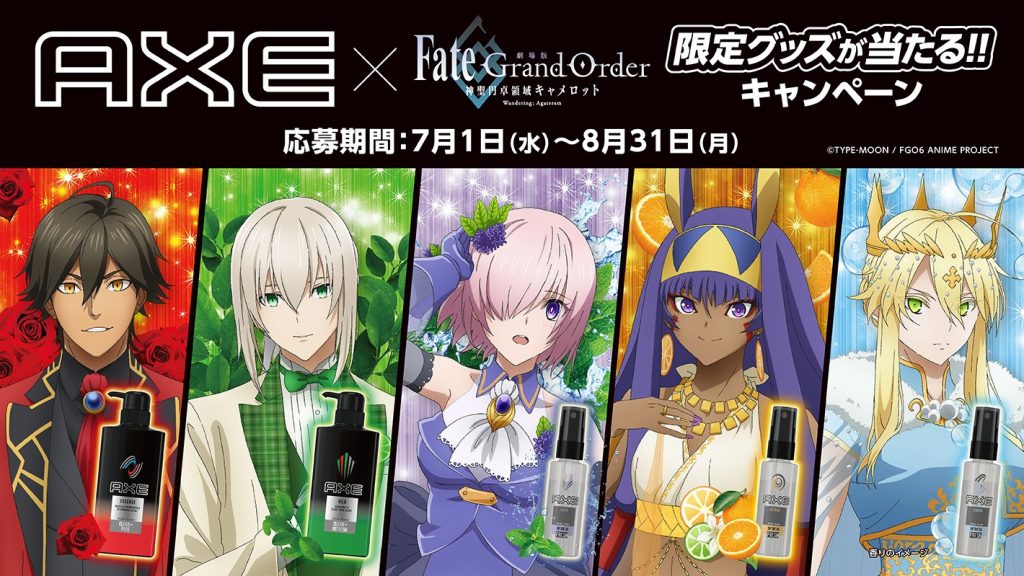 The world of Fate and the AXE brand are no strangers to each other. In the past, both Fate/stay night and Fate/Grand Order have crossed over with the company. While we can’t really imagine Altria Pendragon (in any of her forms) or Mash Kyrielight being on board with the infamously strong hygiene product, we also can’t argue with a couple of their choices in their most recent campaign.

AXE is joining forces with Fate/Grand Order THE MOVIE -Divine Realm of the Round Table Camelot- for a new promotion. The campaign includes some admittedly nice character art (any new ensembles for our faves are always appreciated), inspired by some of the scents available in Japan. There’s also an honest-to-God Round Table featuring Lancer Altria and her knights:

Still, we sincerely doubt that our devoted kouhai is partaking, even if it’s minty. But we will agree on a couple of counts, as well as a few others not touched on in this campaign. 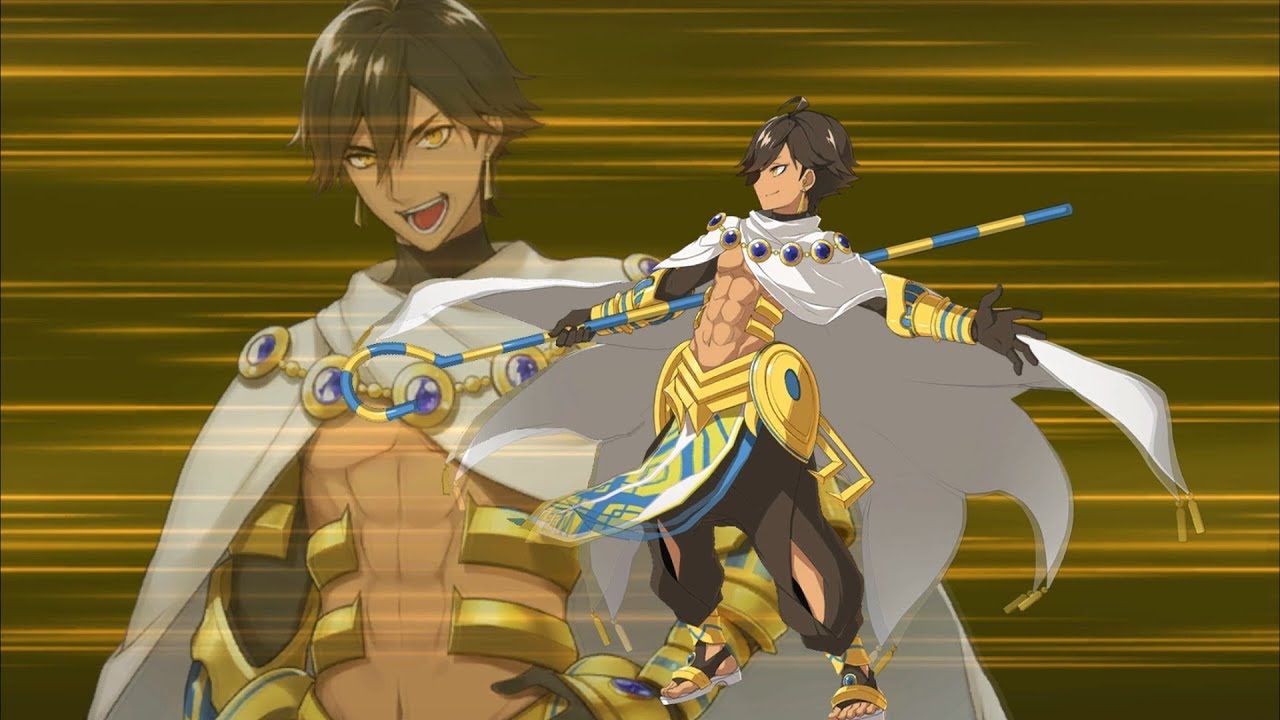 While they’re completely off base regarding Altria, there’s no question the King of Kings would do the Big X before going into his throne room each morning. Ozymandias is one of the storyline’s biggest characters (helped along with the voice of Takehito Koyasu)… even if his head does have a tendency to fall off once in a while. Or maybe especially because of that. Either way, this one is a believable contribution. 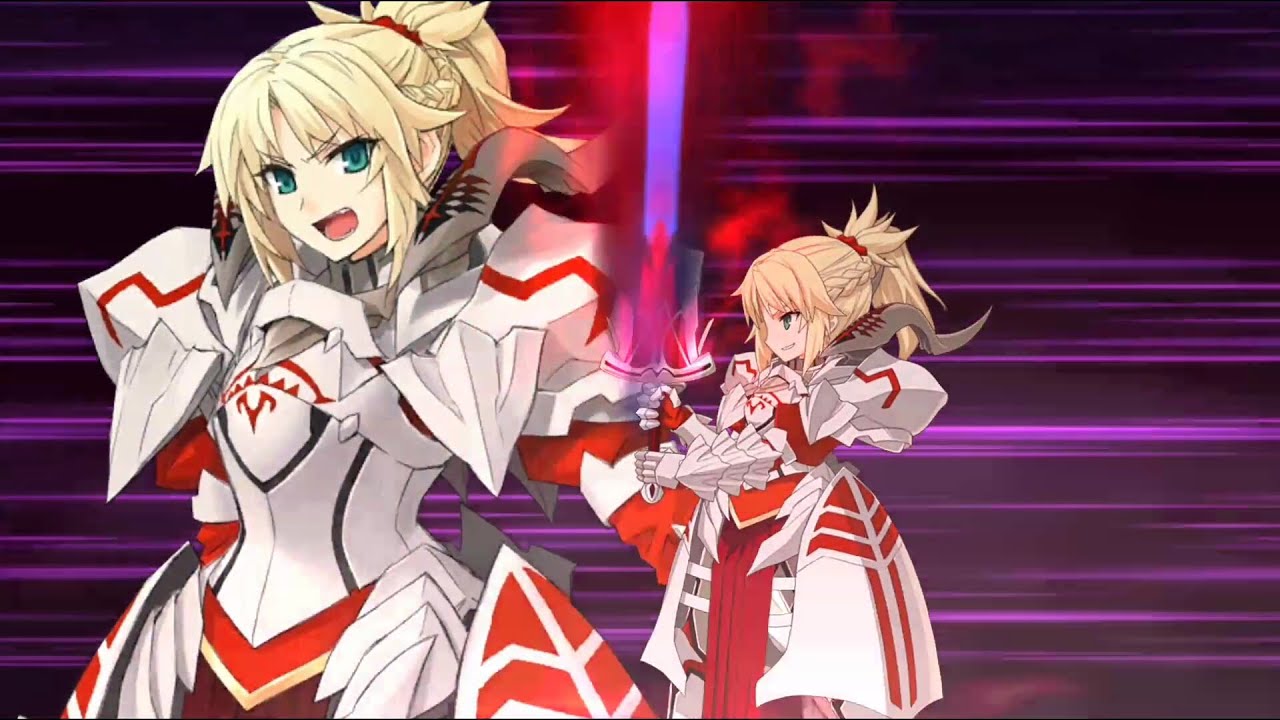 Meanwhile over in Camelot, you know Mordred is absolutely layering this stuff on. Altria’s wild child may not appear in the actual campaign visual, but there’s no way Mo-san doesn’t start every day spraying on at least half a bottle’s worth. It’s a dominance thing.

Fionn mac Cumhaill isn’t a part of this story, but come on. It’s Fionn. After the life he’s had, we’re pretty sure someone (maybe Merlin, it’d totally be Merlin) convinced the guy that this would get rid of his girl troubles for good. It won’t, obviously.  But it’s a lot easier than introspection or winning the Grail War. 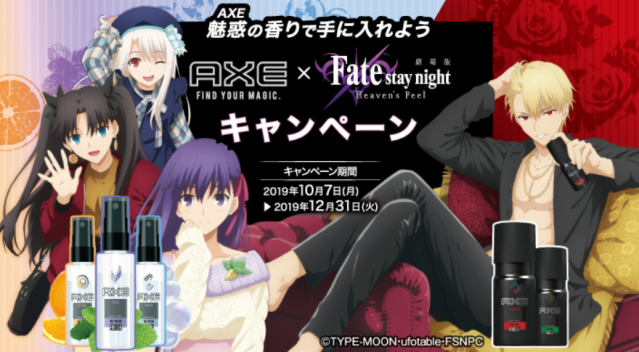 And, naturally, there’s Gil. He was actually part of the Heaven’s Feel AXE campaign alongside Rin, Sakura, and Illya… three ladies who definitely seem like out of place here. (Well, maybe not Rin, she’s kind of a wild card.) Interestingly enough, both Gilgamesh and Ozymandias are paired with the brand’s “Essence” scent, which is apparently pretty popular in Japan.

Even if you prefer your scents a little (or a lot) lighter, the Fate/Grand Order campaign starting next month looks like it’ll at least have some neat art and cool collectibles. Plus, the new designs give us something to look at as we wait for Wandering;Agateram‘s new release date.