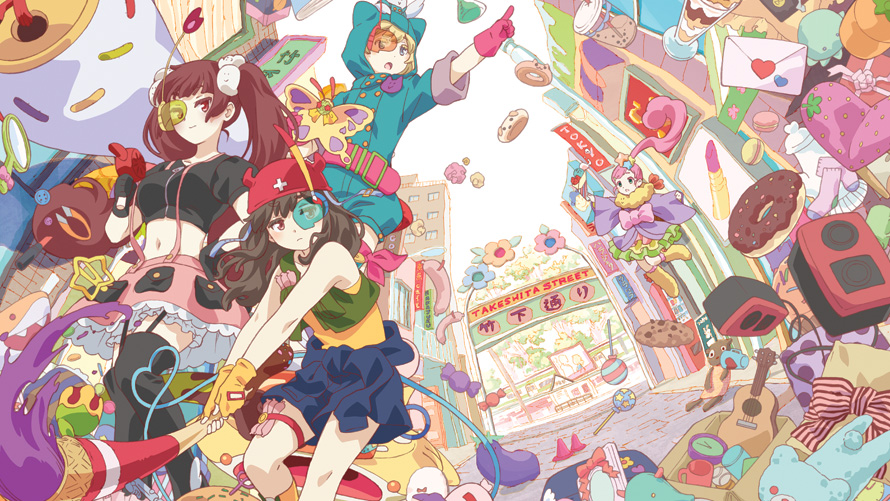 When fashion, friendship, and aliens collide in an ultra-stylish anime series like URAHARA, everyone wins.

Join Rito, Mari, and Kotoko in their crusade against the Scoopers, a malevolent race of aliens bent on sucking all the culture out of Harajuku, the fashion capital of Japan. The girls know how important Harajuku is to them and everyone else in the world and work as hard as possible to preserve their absolutely adorable way of life.

But when they find themselves in the middle of an invasion that forces them to fight off aliens that come to Earth looking to steal way humanity’s culture, they’ve got to gear up and push back with everything they’ve got or say goodbye to everything they hold dear about Harajuku and all its inhabitants. This wacky anime series is unlike anything you’ve ever seen before, top to bottom, and you’ve got to check it out. 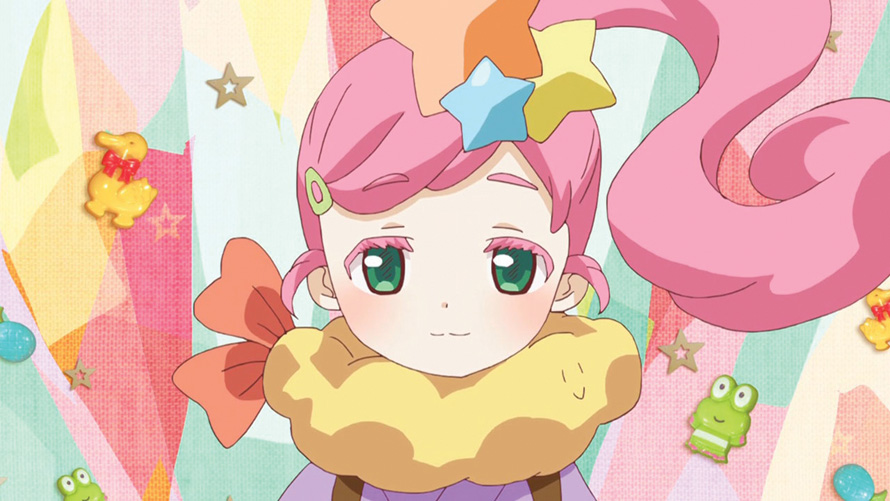 One Scoop or Two?

The ultra-fashionable Harajuku is home to some of the world’s most fashion-forward thinkers when it comes to dressing up. Every facet of the area is full to the brim of those looking to soak up its influence. High school students Rito, Mari, and Kotoko run a pop-up shop together called PARK in the neighborhood until one fateful day. The girls get along beautifully, and despite most of them not being from Harajuku themselves, they love the feeling of “everyday Halloween” it offers. All of them love going to their part-time jobs every day at the store, working on clothing designs and working on their own fashions to share with the rest of Harajuku. The store is the “physical manifestation of all our wildest dreams,” the girls tell customers.

One strange day, a man clad in a bizarre outfit shows up at PARK, says he “wants the girls’ immense talents,” claims he’ll buy every item in the store, then runs off. It’s then that the girls have their first run-in with an entire army of strange, jellyfish-like aliens that descend upon the town. They suck up the Statue of Liberty, the pyramids, and other locations across the globe. Suddenly, the girls find themselves in the middle of a full-scale alien invasion. 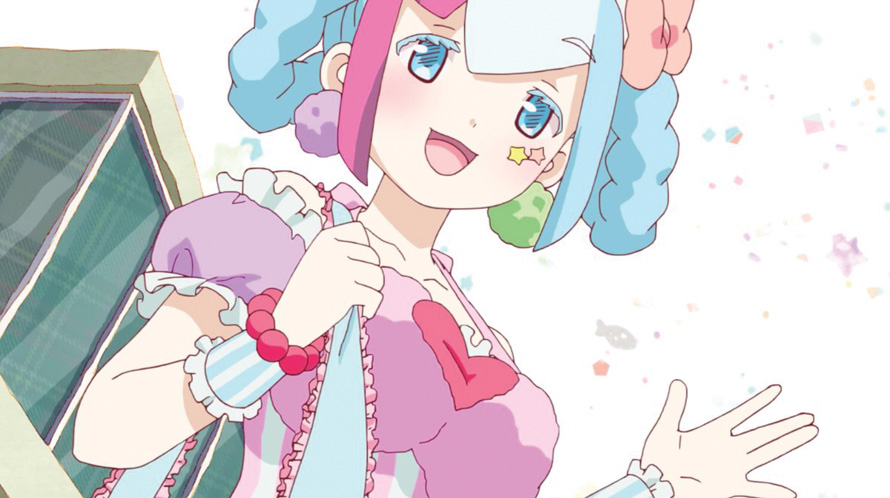 The Scoopers have no imagination or any power to create culture of their own, so their own culture consists of those they’ve stolen from others around the universe. The girls learn that Scoopers are bizarre aliens that can take just about any form they want, including humans and animals. They’ve gone all over the world, sucking up cultural artifacts from the major cities of the world. They take it back to their planet far away, though it’s not quite understood why they do the things they do—perhaps their own planet isn’t nearly as cultured or as exciting as our own.

As if it weren’t enough that the aliens came from a faraway planet to harass humanity, humans can also become Scoopers by eating what the aliens drop after dying. The Scoopers explode into candy, donuts, and other sweets, and they look totally tantalizing, but it’s not a good idea to eat them. Unfortunately, people do, and this becomes the catalyst for the human snacking on the aliens’ leftovers to continue eating until they either run out of food or become a Scooper themselves. This is indeed one of the ways the alien race continues to spread so it can continue to terrorize humanity and steal things away from it. 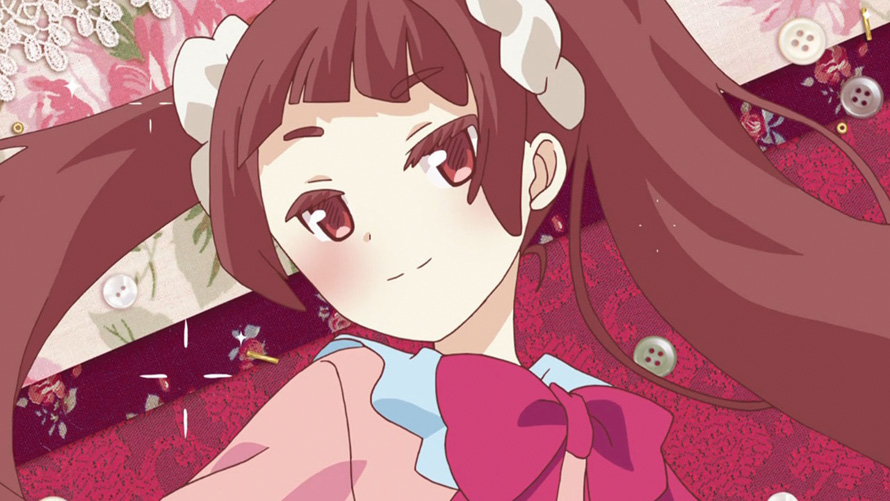 With the Scoopers descending on Harajuku, an enormous baby bottle with a gift ribbon drops to the ground—a young girl named Misa jumps out. Having been kidnapped by the Scoopers, she takes refuge in town thanks to a talking fried shrimp that comes along with her. Thankfully, she comes bearing gifts she was able to steal back from the Scoopers that will eventually let the girls save humanity.

Misa gifts the girls Amatsumara, the “physical embodiments of the imagination.” The Scoopers were never able to use them, but humans are able to thanks to their creativity. In their moment of crisis, Rito, Mari, and Kotoko use the items to transform into special forms with unique outfits. Rito gets speed, Kotoko can provide logistical support with special strategies, and Mari has a cannon that can fire powerful blows to finish off the enemy.

With these items, Harajuku is suddenly looking a little safer. Together, the girls are able to craft a special bubble to protect the city from advancing Scooper threats so they can fight and remain safe in their own haven during the battle with the aliens. And thus, the fight truly begins. Will the girls be able to save Harajuku? Will they look fabulous doing it? 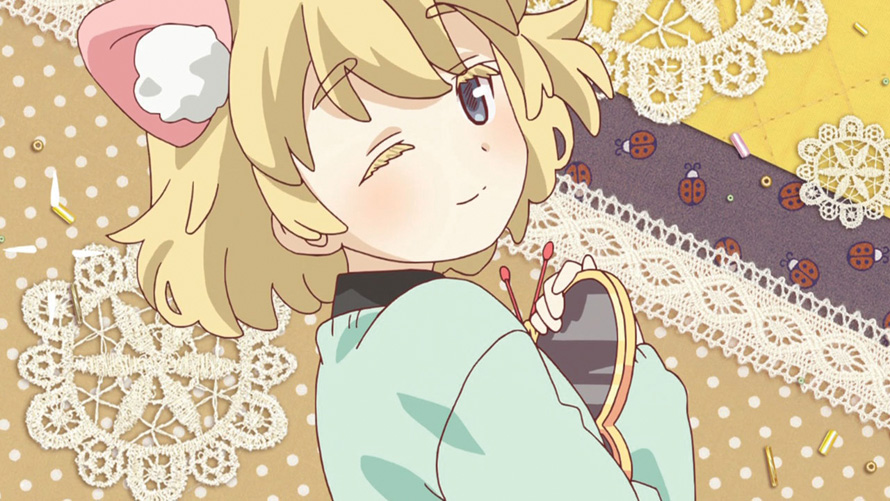 Getting to Know the Girls

URAHARA is very much a series based on friendship and working together, as well as fashion and uniqueness, of course. The show certainly looks the part, too. Everything in URAHARA, including the animation itself, is cute. From the muted pastel color palette to the alien designs, outfits, transformations, and just about every other aspect, you’ll be treated to an impossibly colorful adventure that you’ll constantly be “aww-ing” over. The girls themselves are one of the best illustrations of this.

Rito Sudou likes to wear small white horns on the side of her dark brown hair with bangs, and usually rocks a long white shirt, red jacket, and a letterman-style jacket. Her style isn’t as out there and has a more utilitarian look to it. She’s calm and always collected even in crazy situations. 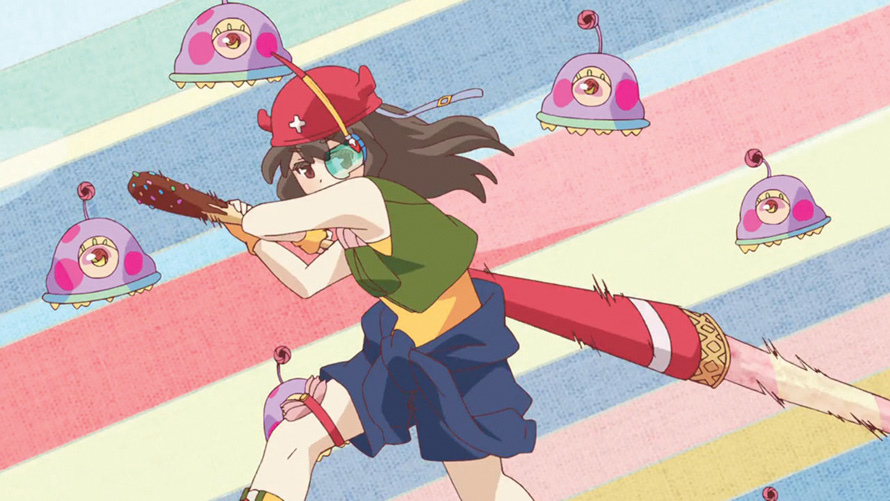 Kotoko Watatsumugi is a high schooler with a fluffy blonde bob who wears a distinct pink pair of cat ears and a tail. She typically wears a light teal sweater with a “K” on the front denoting her name, as well as a black collared shirt, red tie, and purple skirt—from these rather unorthodox fashion choices, you can tell she’s already light years ahead of other protagonists. Who needs boring, everyday color palettes when you can rock black and red and pastels at the same time?

Mari Shirako spends a lot of her time going to auditions and working as a model, though she has plenty of ambition as a pop idol and fashion designer, which her friends love reminding her about. She looks just as extravagant as she behaves, too, with a lolita fashion-styled pink top with a red ribbon and yellow ribbon accents and a loud, printed skirt. Her auburn twintails with white scrunchies complete the look. 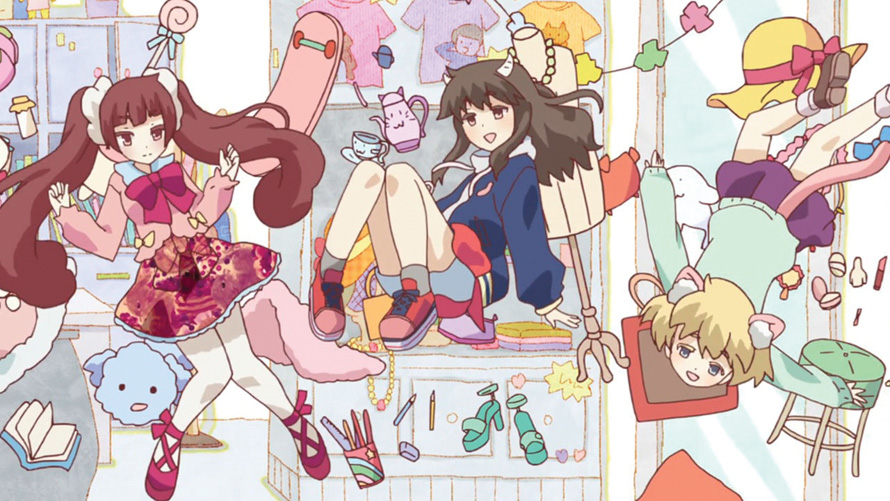 Together, the girls form a powerful defense force against the Scoopers, while still looking good doing it.

Looking for an unorthodox anime series that combines the beauty and glamour of Harajuku with the exciting “monster of the week” action that comes along with magical girl shows? URAHARA is an endearing and adorable anime series that you won’t want to miss out on. Just make sure you protect it at all costs, should any Scoopers come calling.

URAHARA is available from Crunchyroll and Funimation.