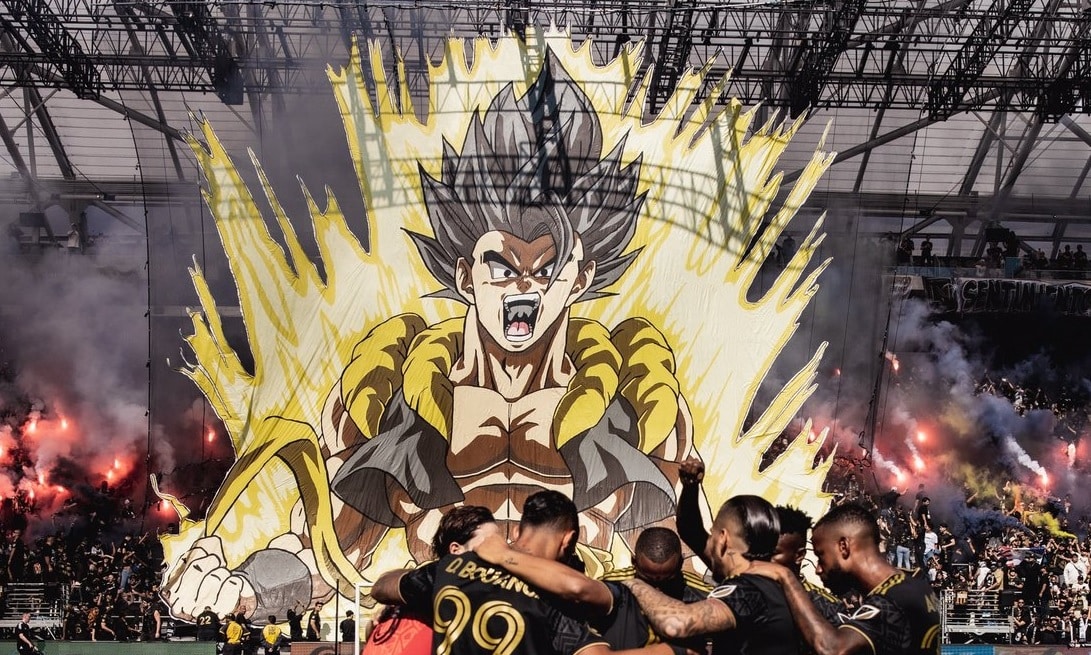 The Major League Soccer Cup Finals occurred this last weekend, with Los Angeles Football Club (LAFC) and Philadelphia Union competing. The game included a tifo, which isn’t rare. A tifo is a banner raised by a group of people at a soccer game. But this tifo was unusual — it was of Gogeta from the Dragon Ball series!

Gogeta is a fusion of both Goku and Vegeta, so apparently the fans wanted someone extra, extra strong.

Anime and manga seem to be increasingly involved in sports, both from athletes who are fans and from official partnerships. This Gogeta banner comes not all that long after One Piece was involved in a sports game, though that time it was American football and not soccer. In the case of One Piece, the USC marching band played music from One Piece Film Red and Luffy showed up for some commentary.

The Dragon Ball franchise is one of the most successful ever. VIZ Media publishes the Dragon Ball Z manga in English, and gave this description of the first volume:

“Son Goku is the greatest hero on Earth. Five years after defeating the demon king Piccolo, he’s grown up and had a family–he’s married, and he has a child, Son Gohan. But what is the real reason for Goku’s incredible strength? A visitor from outer space arrives bearing terrible news–Goku is an alien, and the visitor, Raditz, is Goku’s brother! When Raditz turns out to be a ruthless killer, Goku must fight his incredibly strong brother to save his family and the entire human race. A surprising alliance may be Earth’s last hope: Goku will team up with his old enemy Piccolo…archenemies united to save the world!”