After months of occasional teasing, we finally have a start date and a tentative title for Fairy Tail author Hiro Mashima’s new manga. It’s been nearly a year since Fairy Tail came to an end, and the next title from Mashima is currently being called Eden’s Zero. The series is set to make its debut in five languages (English, Chinese, French, Korean, and Thai) on June 26.

Eden’s Zero will be released worldwide, and simulpub outlets announced so far include Crunchyroll Manga, comiXology, and Kindle. 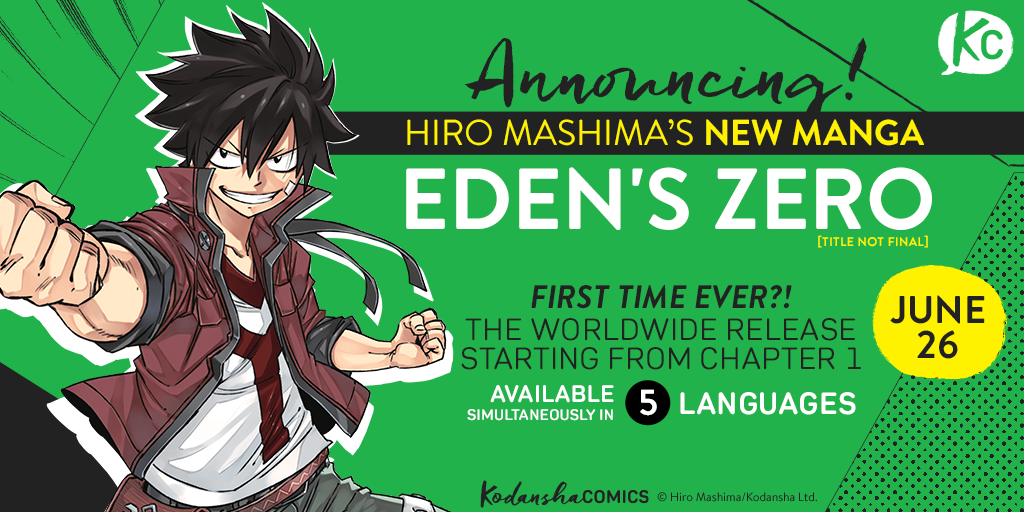 Kodansha posted an official announcement along with the following message from Hiro Mashima:

“I’m bringing you my next series pretty soon!

I can assure you it’s going to be full of surprises and excitement.

Please look forward to it on June 26!”