Evangelion 3.0: You Can (Not) Comprehend 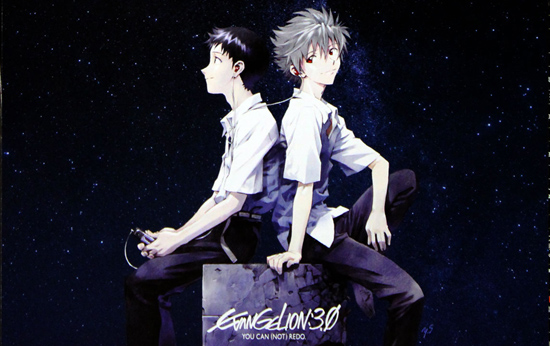 There was a moment of awkward silence once the house lights came up in the theater after the end credits of Evangelion 3.0: You Can (Not) Redo. To Evangelion veterans who were there the first time around, it was probably a familiar feeling. To everyone else, it was probably more like a big collective “huh?”

In many ways it seemed as though, with these new Evangelion films, creator Hideaki Anno and the rest of the staff at Studio Khara were “rebuilding” Evangelion into the crowd-pleasing, fan-servicing property that it was “supposed to be” in the first place over 15 years ago. Clearly, with everything from the on-the-nose, cringeworthy fan service in the last film, to having protagonist Shinji Ikari saving Rei Ayanami courageously and without any second thoughts (a stark contrast from his mid-90s counterpart), all signs pointed to the prospect of fans finally getting the Evangelion that they “deserved.”  You know, the one where the last ultimate Angel comes down to Earth and all the Evas fight together to defeat it, with Shinji finally overcoming his fears, becoming a man, and reconciling with his father.  And maybe even marrying Rei and having mini-Shinji/Rei kids, living happily ever after.

Evangelion 3.0 does manage to fulfill many wishes fans have had over the years.  Particularly the question of “what happened after End of Evangelion?” Without getting into specifics (a spoiler-filled commentary is written below), the film presents the audience with a “post-Third Impact” world. The film addresses a concept which had been left unexplored in all previous incarnations of the storyline: “how does Shinji respond to the world he creates?” (or destroys, depending on your interpretation).

The fans get their wish – sort of. The audience is thrust into the plot with little to no explanation. The characters are familiar, but presented in an entirely different context, which ends up feeling frustrating. This is, of course, deliberate, mirroring Shinji’s own bewilderment and frustration with the new world around him. The introduction of Kaworu and the reintroduction of Rei brings the plot back into seemingly familiar (and comfortable) territory, until the bomb is finally dropped in the third act. 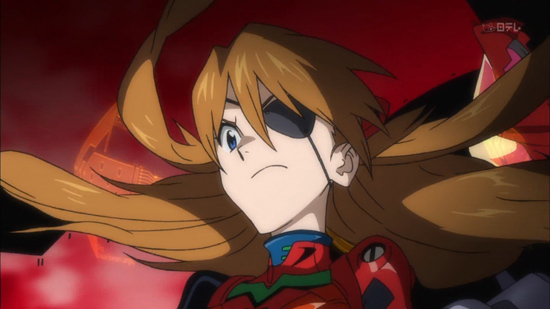 Whether this is all “part of the plan” can be left open for debate (and won’t really be answered until the next film). The film is fairly adamant about going through with the gimmick of the audience and Shinji’s experiences being “in-sync.” The storyline unfortunately seems to suffer because of it: many things go unexplained, and many things that never really needed any explanation (the whole idea of the pilots’ mothers’ souls being inside their respective Eva units is clearly stated here) are established.

And everything is sort of in your face: Evangelion 3.0 is often loud, bombastic, and just plain dumb. The film’s action scenes are incredibly busy and incoherent; they definitely lack the grace and subtlety of the sequences in End of Evangelion or the choreographed spectacle of Evangelion 2.0.  The designs of the new mechs and Angels are similarly busy: some of them are outright ugly. Some CGI shots even look incomplete, and it’s amazing that they were even included, considering how much of a perfectionist Anno is known for being. Again, you almost start to wonder if this is all deliberate and “part of the plan,” and that we are all being trolled yet again “Anno-style.” Perhaps it’s even a comment on the general overuse of CGI in films these past few years. Are these films that pretentious?

It’s only been a few days since the film has opened in Japan, but the response across the Japanese blogosphere has seemingly been split into four different ways:

2) “Forgive me, all-mighty Anno, for not understanding.  I’ll do my best to figure it out.”

3) “Yes, this is Anno saying ‘screw you’ all over again!  Screw the new mainstream hipster fans!”

Some fans are so disappointed that they have already threatened to throw away their DVDs. Sound familiar? 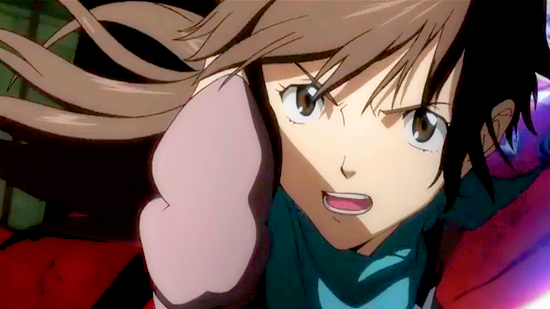 The variety in responses is not at all surprising: this is Evangelion after all.  And while by saying “Anno is flipping off all the new hipster fans!  This is what Evangelion is really about!” can come across as rather elitist in a “ha, I get it, but you don’t!” kind of way, the same basic beats and themes which were present in the TV series and End of Evangelion (as well as Anno’s other works) are all undeniably in this movie. The film is as “difficult” as Evangelion has always been, and anyone finding fault with that aspect shouldn’t be invested in the first place at this point. With that said, however, even the most hardcore of Anno’s followers will have to admit that the decisions made here in terms of execution are puzzling.
That’s not to say that the film is bad. There are many fantastic moments, and setting the story in the post-Third Impact world is probably one of the most exciting things this franchise has done in a long time. Organic character moments and subtleties that have defined this franchise have taken a bit of a backseat (although the last scene was quite fantastic and maybe even iconic). “Confused” (as opposed to “confusing”) is probably the best word to describe the film at this point.  In an interview on NHK’s “Top Runner” in 2004, Anno said, “Evangelion is often seen as being philosophical, but the reality is that it’s pedantic.”  There may really be nothing below the surface, which is fine.  But there’s a clear difference between intentional and accidental confusion, and Evangelion 3.0 may have just drifted a bit too much into the latter.

HERE THERE BE SPOILERS. Don’t read further if you’re interested in going in unsoiled. If not, read on…

The film unexpectedly begins 14 years after the events of Evangelion 2.0: You Can (Not) Advance.  The Third Impact has or hasn’t happened, depending on who you ask.  Misato and most of the key personnel at NERV have defected and have formed their own group, Wille. Angels still exist, but it seems that Misato and co. are more concerned about fighting off Evangelions than Angels. Shinji, meanwhile, has been trapped and somehow been floating in outer space. The opening sequence of the film depicts Shinji’s return to Earth and Wille’s attempts to intercept him before NERV get to him first. Gendo and Fuyutsuki are still trying to complete the Human Instrumentality Project, and Shinji and Kaworu are the key to the “Fourth Impact,” which Wille are trying to subvert. 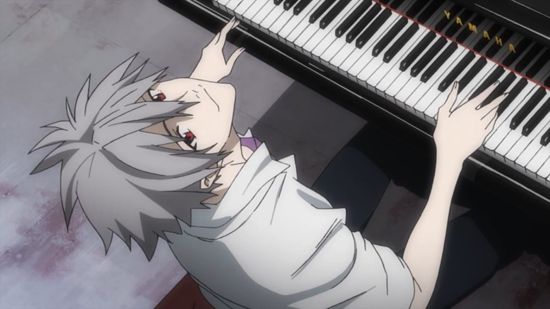 Key questions, like why the Wille and NERV split happened, why Shinji was in space, why Angels are seemingly everywhere, and why the Third Impact (or Fourth, whatever) happens again are left unanswered. Of course, asking questions about the characters or plot is pointless whenever dealing with Evangelion anyway, but where previous incarnations were cleverly built so that they tricked you into believing that there was meaning, 3.0 hurls everything at you so fast that it’s hard to find any cohesion.

Going back to the preview for 3.0 at the end of the last film, none of the shots nor plot synopsis were in the new film. It will be interesting to eventually read about the production of this film, and how much of it was changed, not to mention how it was affected by the Tohoku Earthquake of March 2011 (to which, considering the nature of the material, comparisons will be inevitable).

One final note: it was a strange feeling watching the double feature of the Anno-produced, tokusatsu short film Giant God Warrior Appears in Tokyo (in which a God Warrior from Nausicaä of the Valley of the Wind obliterates Tokyo), and Evangelion 3.0 in a packed theater in Tokyo on a Saturday night, knowing that the world Shinji suddenly finds himself in could easily happen to our own. A reminder that perhaps Evangelion and its themes of destruction, resurrection, and humanity are as relevant as ever. 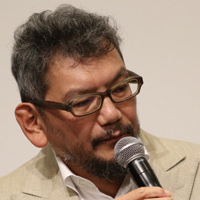