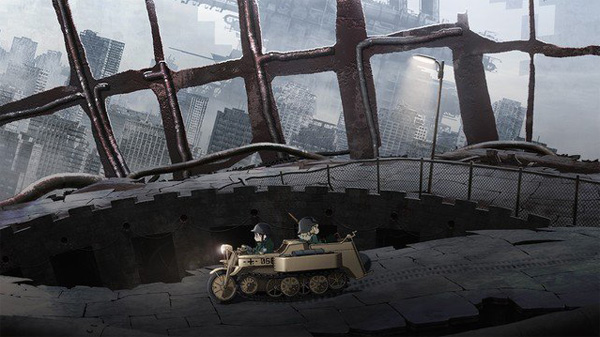 Bummed out by the lack of dystopian fantasy anime in your life? Studio White Fox has just the thing.

The studio, best known for producing series like Steins;Gate and Re:Zero, has just announced an anime adaptation of Girls’ Last Tour (Shoujo Shuumatsu Ryokou), a manga about two girls wandering a post-apocalyptic setting by motorbike.

The manga, which is written and illustrated by Tsukumizu, is being released in English by Yen Press, who describes the story like this:

Civilization is dead, but Chito and Yuuri are still alive. So they hop aboard their beloved Kettenkrad motorbike and aimlessly wander the ruins of the world they once knew. Day after hopeless day, they look for their next meal and fuel for their ride. But as long as the two are together, even an existence as bleak as theirs has a ray or two of sunshine in it, whether they’re sucking down their fill of soup or hunting for machine parts to tinker with. For two girls in a world full of nothing, the experiences and feelings the two share give them something to live for… 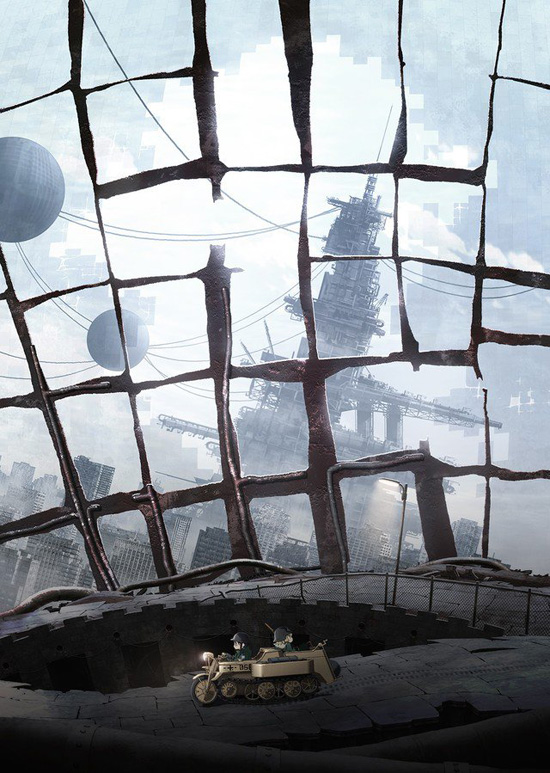