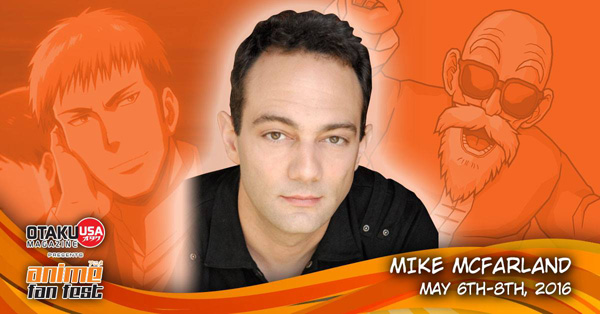 Mike got his start in anime as one of the first voice actors in Texas to be hired by FUNimation Entertainment, and has since moved on to become a Director, Script Writer, and Line Producer for numerous anime series. Notable roles include Master Roshi and Yajirobe in Dragon Ball and Dragon Ball Z, Baby and Baby-Vegeta in Dragon Ball GT, Jean Kirstein in Attack on Titan, Ritsu Sohma in Fruits Basket, Lt. Jean Havoc in Fullmetal Alchemist, Buggy the Clown in One Piece, “Ranka” Fujioka in Ouran High School Host Club, Space Dandy, and many others.