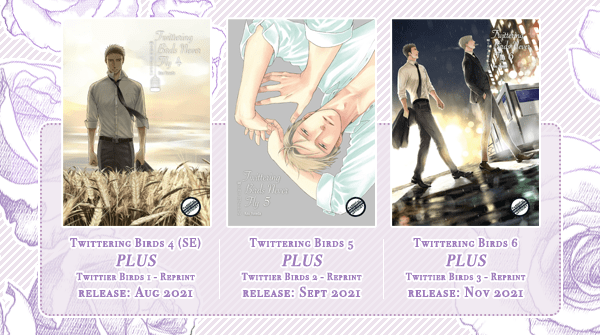 In March Digital Manga Publishing announced that its popular yaoi series Twittering Birds Never Fly, which had been on hiatus, would resume publication. Volume 4 had come out in January, and the company teased the release of volumes 5 and 6 but did not give dates.

Then DMP’s yaoi imprint Juné shared this earlier this month:

The tweet also lets us know that this isn’t the last of the news they teased us about on June 2, and they have more to share. 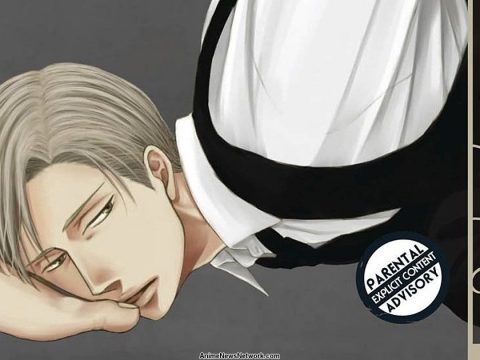