Minna! Esper Dayo, AKA All Esper Dayo!, is a psychic comedy manga from Kiminori Wakasugi, creator of the raunchy and rowdy Detroit Metal City. Now, according to the first 2013 issue of Kodansha’s Weekly Young Magazine, the comic is being adapted into a live-action TV show.

The series follows Yoshirō “Yocchan” Kamogawa, an average, virgin high schooler who wakes up one day with the ability to read the minds of others. He’s not the only one, either, as more people in his town develop ESP, each using their newfound power in their own bizarre way. 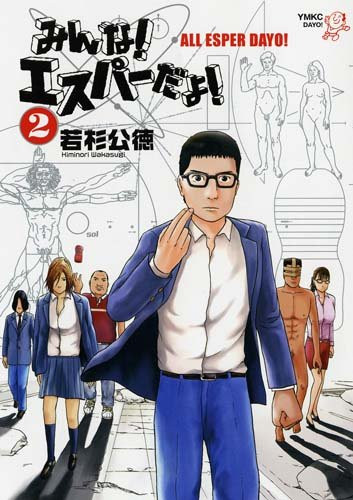 Wakasugi’s series originally debuted in Weekly Young Magazine in 2009, and has thus far been compiled into two volumes. No start date has been announced yet for the live-action adaptation.