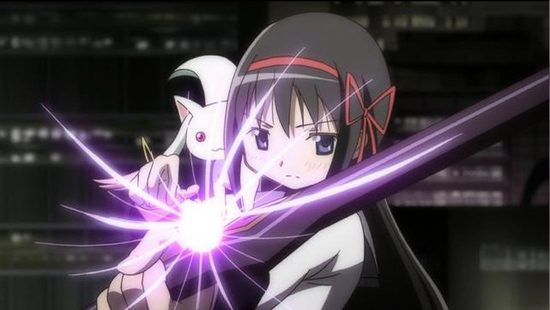 I don’t need to tell you what a phenomenon Madoka Magica is, right? Right. TV show aired in 2011, directed by Akiyuki Shinbo at studio Shaft, deconstructed magical girl tropes, had a hell of a great twist ending, and then we got two movies last year which compiled the events of the TV series into neat little compartmentalized packages.

What folks have been waiting for with bated breath, however, is the third Madoka Magica movie, which promises to diverge from the TV show and do its own thing. 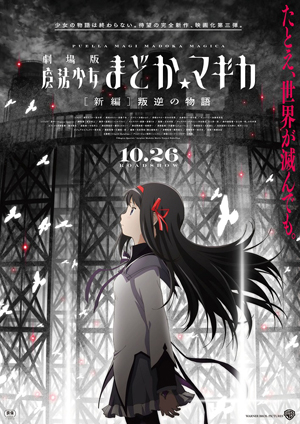 A recent story on Mainichi Shinbun’s Mantanweb revealed a number of new details about this new film, which is going to be called Rebellion (an official English-language title was not announced).

First and foremost, it’s going to be in theaters in Japan on October 26 of this year, with plans for a worldwide release shortly thereafter. The film will be completely new, and will take the story in a new direction focused primarily on major character Homura Akemi.

A story digest released to members of the press contained the following statement, hinting at some of the themes and story beats of the film: “Madoka Kaname changed the world. What did the magical girls see in the world she left behind? Hope? Or despair?”

There was also a poster released, depicting Homura gazing upwards against a backdrop of gunmetal gray structures and doves, with the tagline “Even if the world were to meet its end…”

So, yes. New Madoka movie. Around these parts, we call ‘em “the ‘Dokes”. What do you want to see out of this one? Let us know in the comments, but you might want to just get started on that fan fiction at this point. Really. It’s okay. 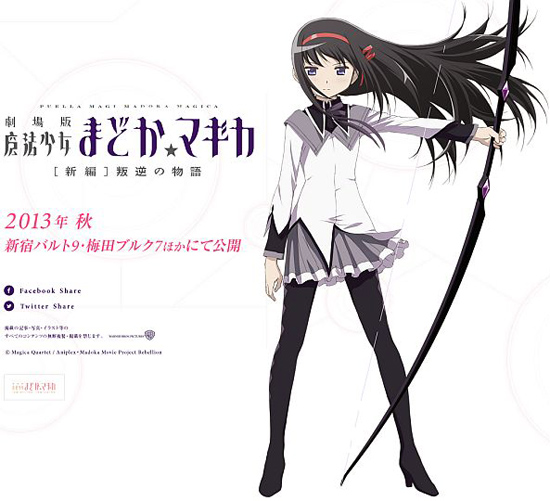