Tsugumi Ohba and Takeshi Obata’s Death Note manga series may have ended back in 2006, but there’s another sliver of story on the way. As revealed in the June issue of Shueisha’s Jump SQ. magazine, Takeshi Obata is illustrating a new one-shot manga about exploring what happens when Shinigami come down to Earth.

Fans will be able to get a peek at part of the manuscript during the 30th Work Anniversary Takeshi Obata Exhibition: Never Complete, which will be held at Tokyo’s 3331 Arts Chiyoda from July 13 to August 12. Obata will also take the opportunity to debut his original “Never Complete” work. 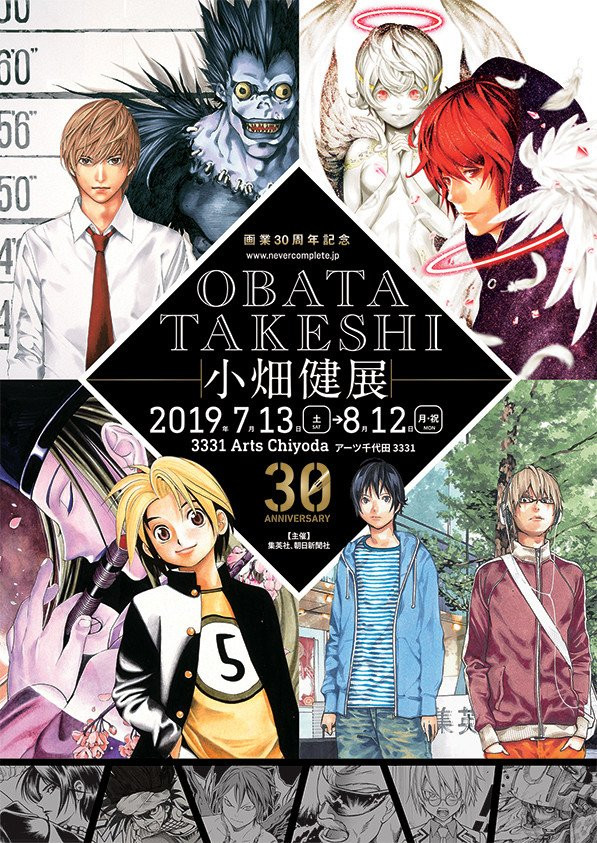