Welcome to the Japan of Olde. The year is 1880, prime time for a fog-filled Tokyo night and a rolling organ of ominous music. Of course, the thunderous score is all in my head, because I’m sitting here by flashlight reading Hideyuki Kikuchi’s (Vampire Hunter D) 2004 novel, Meiji Dorakyura Den, or as us Westerners will come to know it, Dark Wars: The Tale of Meiji Dracula.

It turns out that my lack of electricity that night (my house being the last stone age dwelling in the district still sporting above-ground power lines) boded well for my introduction to Dark Wars, which focuses on seventeen-year-old Daigo-the last of a dying breed of sword practitioners-and his fated encounter with the new count on the block, Dracula. It’s not some Japanese relative of the big D, either; it’s the real deal, straight from Transylvania with that famous hunger for the finer things in life.

His collision with the lives of Daigo and his comrades, including the heavily smitten Chizuru, and Judo whiz Shiro, culminates in another entertaining Eastern take on one of the most legendary conflicts across any medium. Though the premise may sound like the setup for a new Hammer Films/Shaw Brothers (or in this case, maybe Toei) collaboration, Wars is more traditional horror yarn and less 70s martial arts vampire production; more Bram Stoker than Ricky Lau. It doesn’t exactly try to turn The Count’s legend on its head, but it doesn’t need to, either.

Instead, we’re left with a punchy tale that has equal parts action and dramatics-Dracula being as good at handling his blade as he is his victims’ blood- and lends itself well to a few nights of casual reading, preferably with the kind of “mood lighting” I was forced to deal with.

What really helps bring the story to life are the illustrations by Katsuya Terada. Sprinkled sporadically throughout the 252-page novel, the sharp black and white sketches offer the occasional visual aid without being so intrusive as to render it a borderline picture book. Some of you might be more familiar with his Blood: The Last Vampire designs, or the shallow but gorgeous Monkey King graphic novel that Dark Horse released in 2005.

If you’ve acquainted yourself with Kikuchi’s writing style before, then you should have a good idea of what to expect here. At this point, he’s really mastered the digestible dive into matters macabre. Dark Wars is a straight forward read that doesn’t ask much of its audience outside of the enjoyment of a well-spun horror yarn: a simple pleasure, sure, but a pleasure nonetheless. 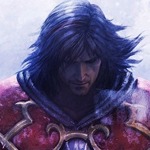 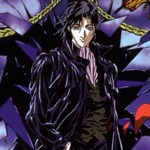 The Vault of Error: Darkside Blues 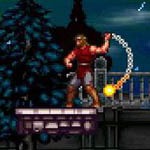 The Roots of J-pop
Zack & Wiki: Quest for Barbaros’ Treasure