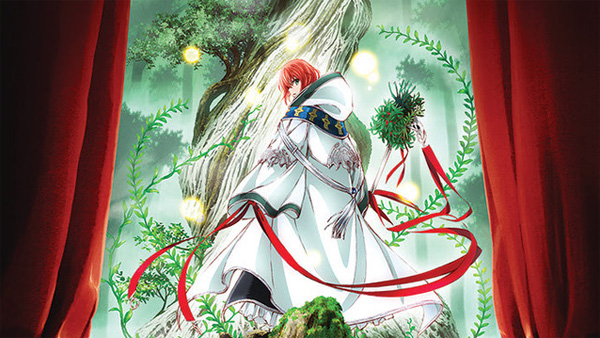 Popular fantasy manga The Ancient Magus’ Bride is set to get an anime adaptation by Wit Studio this October, but Crunchyroll has just announced some U.S. fans will get a sneak peek at the series long before then.

Those crunchy folks will preview the first three episodes of the series in a one-night theatrical event in almost 300 U.S. theaters July 26.

The premiere is part of the streaming website’s Anime Movie Night series of screenings. Crunchyroll will also preview their own original short, LeSean Thomas’s Children of Ether, at the screening.

Click here to see where where screenings and headed and purchase tickets.

The Ancient Magus’ Bride premieres in October in Japan, and is directed by Norihiro Naganuma (Yowamushi Pedal movie) and is animated at Wit (Attack on Titan, Kabaneri).