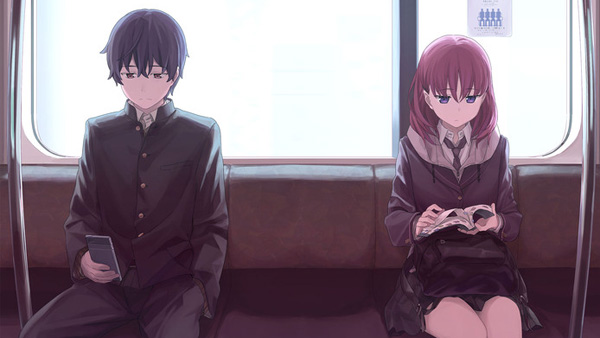 The summer season may have just begun, but the anime production train never stops, and promotion for fall shows is already underway. One of those shows in particular has caught our eye with its unique title. Let’s take a closer look at it – you know, just because.

Just Because! is an original series from studio PINE JAM (if there’s a studio with a cooler name, I don’t want to hear it), and it’s directed by Atsushi Kobayashi, who did both episode direction and storyboards on Girls & Panzer. Script supervision comes courtesy Hajime Kamoshida (Pet Girl of Sakurasou).

The series is about a group of students who are about to graduate high school when an old classmate from middle school suddenly returns and shakes up the relationships between the group.

I think we all know why.

Just Because! premieres in October.