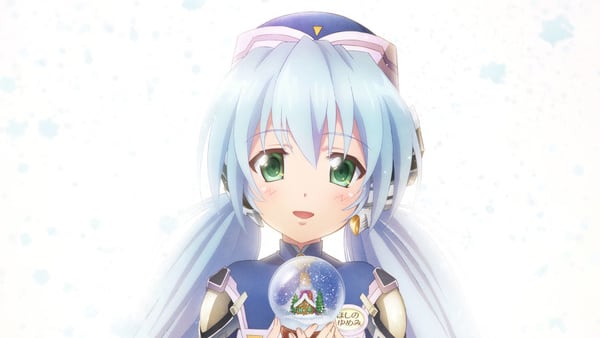 Back in December, we reported that the folks behind Planetarian had successfully crowdfunded the yens to make a new OVA.

Now we know when the Planetarian OVA is expected to land: this September.

Of course, this is a crowdfunded project we’re talking about, and schedules for these things have a habit of slipping. But we’ll cross our fingers for now.

The OVA will be based on a Planetarian prequel short story called Snow Globe. It’s about Yumemi Hoshino’s days hosting shows at the Flowercrest department store.

The crowdfunded project had an initial goal of 30 million yen, which it achieved in just two days. It eventually ended up at 260% of its goal at around 78 million yen when it finally wrapped up January 24.

Clearly, the love for the visual novel is still intense 15 years after Key brought it to life. It was also adapted into a five-episode original net animation back in 2016.

The Snow Globe OVA will be directed by Jin Tamamura (The Girl in Twilight), with a screenplay by Shogo Yasukawa (Food Wars!) and character designs by Hitomi Takechi (Hyperdimension Neptunia).