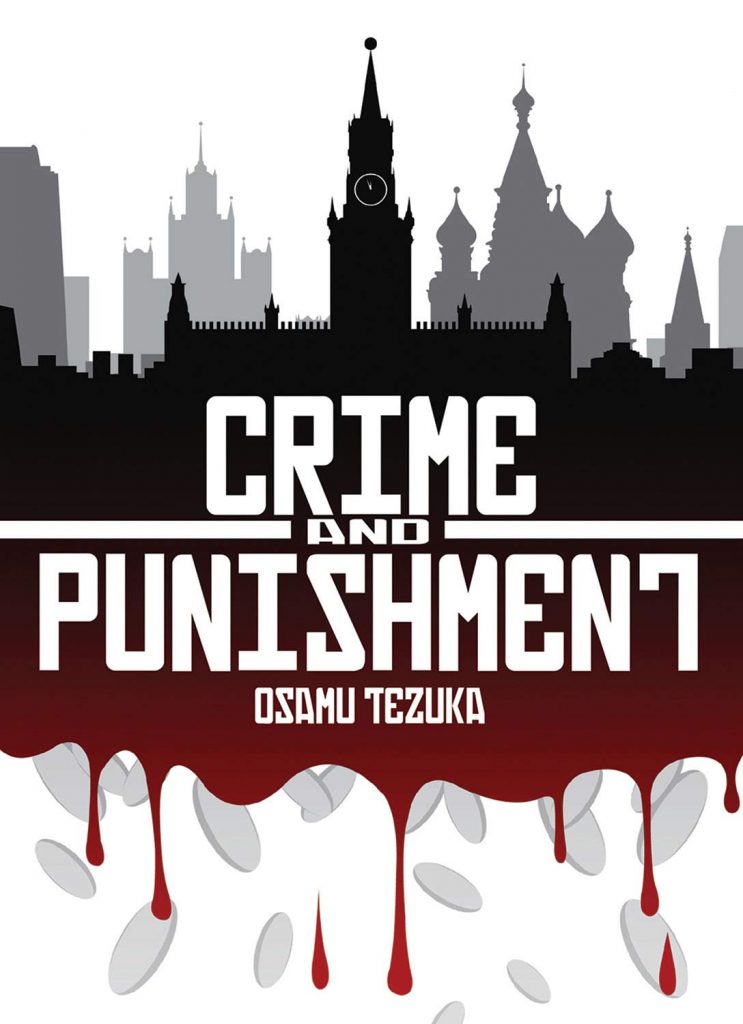 Crime and Punishment is one of Osamu Tezuka’s earlier works, originally published in the early 1950s. It’s Tezuka’s manga adaptation of Fyodor Dostoevsky’s classic of the same name, and a note at the beginning explains that this manga was written for children.

Anyone who’s read the original Crime and Punishment—a story with double axe murders, prostitution, and angsty philosophy—knows it’s not exactly kid fare. But a number of adult classics have been made into “kids’ books” by turning them into comics or simplifying the language and using lots of pictures. So in a way, Tezuka’s Crime and Punishment fits into this category. It can be its own version of manga Cliff’s Notes to implement reading the original book.

That said, some scenes have Tezuka changing the story to his own whims, such as the ending, or when Raskolnikov’s philosophy is compared to that of Stalin or Hitler, two people who were born after the original book was written. So while it can be used as an implement to the classic, it shouldn’t be assumed it’s exactly the same but in manga form. At the same time, it’s not as if he ran with the classic and changed everything to suit his own needs.

At 134 pages, he had to cut a lot from the original, yet he still managed to make it flow. It still shows Tezuka’s imagination and whimsy. Raskolnikov and other characters are drawn in a cartoony style with Disney influences, and the axe murders are turned into a single axe murder and take place behind closed doors, so you can’t see anything. It doesn’t have the sinister feelings of the original, but in a scene where Raskolnikov and detective Porfiry Petrovich get into Raskolnikov’s beliefs on who’s worthy and who is not, it gives glimpses into the philosophy that Raskolnikov uses to justify his actions. Still, it doesn’t get as dark as some of Tezuka’s later works, and if he had waited until he was older and more mature to write this, it might have come out with a very different feel.

Crime and Punishment would probably be best enjoyed by fans of Osamu Tezuka, the god of manga, or fans of classic literature who don’t mind manga adaptations that tweak some details. It’d also be great for readers and scholars of earlier manga. A lot of Tezuka’s manga hasn’t been translated into English yet, so it’s always great when we get the opportunity to read his licensed work.