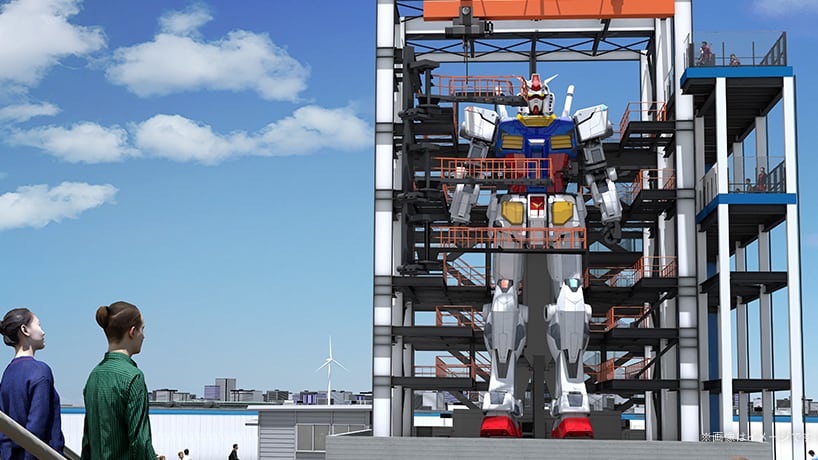 It’s a project years in the making: a life-size Mobile Suit Gundam statue that actually moves. Announced way back in 2014, the project is finally nearing completion and was all set to debut this October.

But then a pandemic got in the way.

Due to the COVID-19 situation, both the October 1 debut of the statue and pre-opening show in July have been canceled. That’s the word from Evolving G, the company behind the 18-meter-high Gundam statue. The good news, however, is that the company still plans to debut the statue sometime in 2020.

The moving statue will be the centerpiece of a site called Gundam Factory Yokohama, located on Yokohama’s Yamashita Pier. Aside from the moving statue itself, Gundam Factory Yokohama will also feature the Gundam-Dock (the dock that houses the statue), a tower in which you can look at it up close, and an entertainment complex with “shops, cafes, communication spaces, and educational exhibitions where you can learn more about how the moving Gundam works.”

Here’s how the official site describes the project:

Since opening its port during the late Edo period, Yokohama has been the window of interaction between Japan and overseas, fascinating many people with its charming streets, along with its historical buildings and breathtaking views woven by the port, sea and sky, developing a rich culture. GUNDAM, and the internationally-acclaimed power of creation that Japan possesses, will merge in Yokohama, an international port city bristling with an enterprising spirit. Finally, it is time to make GUNDAM move. GUNDAM will move. It will move in Yokohama.