Co-Op is a Must in Dragon Marked for Death [Review] 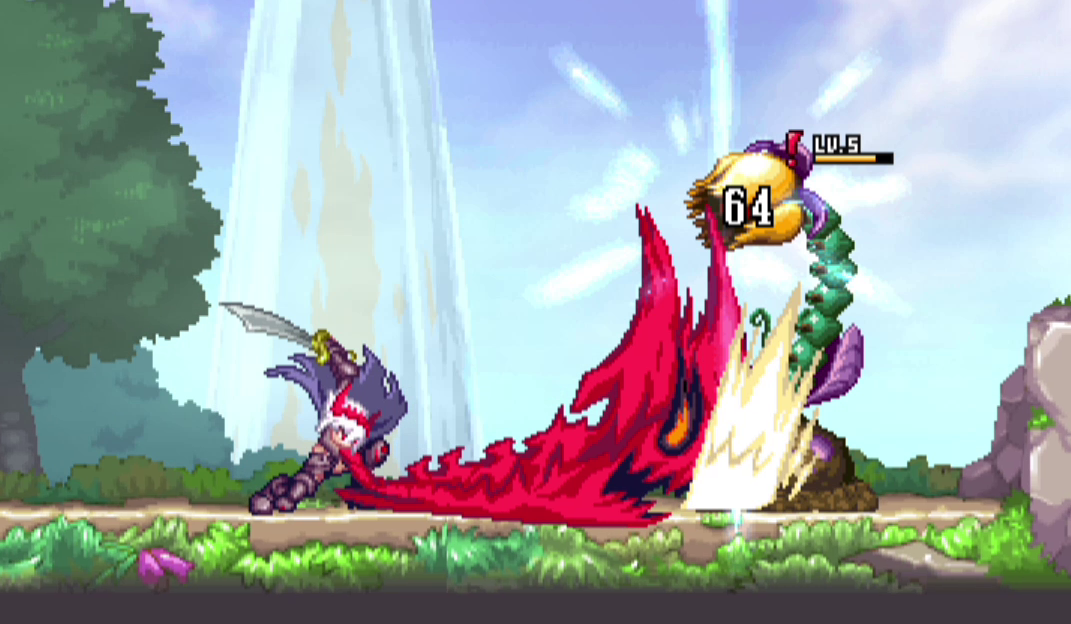 When I first showed Dragon Marked for Death to one of my friends, it was quickly deemed “the most Inti Creates game” they’ve ever seen. That’s a pretty apt description for what is, indeed, a very Inti Creates sidescroller, which will only mean something to those familiar with their output. It is neither overly positive nor pejorative, it just means that pretty much everything about this co-op-heavy action game is reminiscent of what makes the publisher and developer tick. There’s a little Gunvolt, a little Mega Man, and even a little Bloodstained: Curse of the Moon, and outside of some hiccups Dragon Marked for Death manages to craft something interesting out of this stew once you approach it from the right angle.

That angle is not single player, despite the fact that Dragon Marked for Death promotes its “challenging solo play.” Playing through the campaign on your own is definitely challenging, but it’s clear from about the fourth or fifth mission that it wasn’t designed with that type of solo balance in mind. Enemies quickly become damage sponges if you aren’t taking the necessary time to repeat stages and grind up your levels, and you’ll always want to have enough items on hand to make sure you don’t end up failing a mission right at the bitter end. 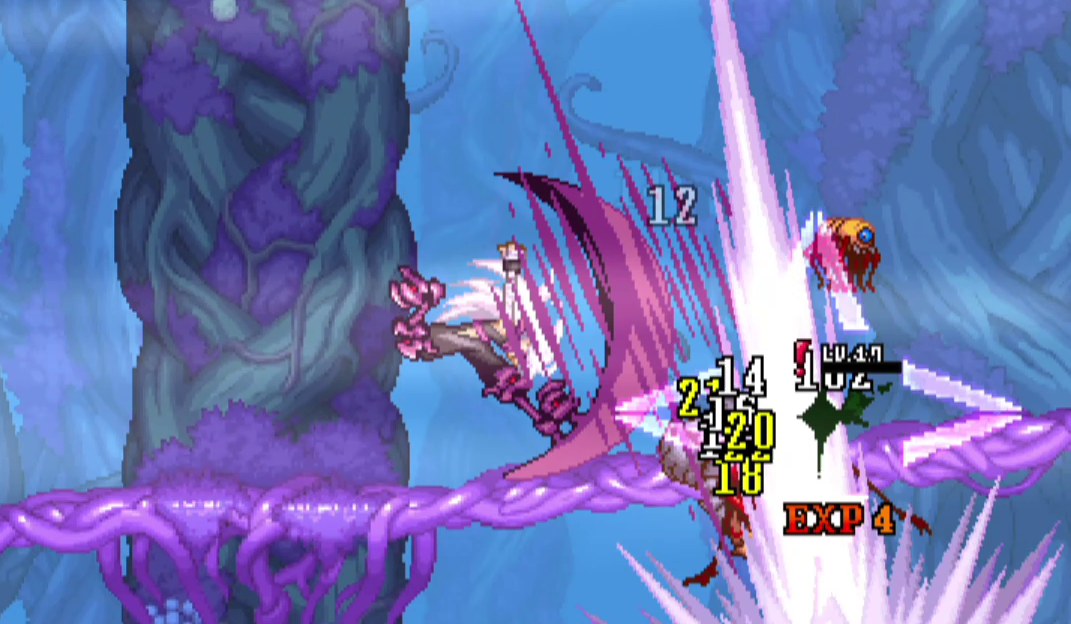 Thankfully, local and online multiplayer options help Inti Creates’ latest overcome most of its more serious issues. The player base may not be full to bursting, but I rarely had much trouble finding a co-op partner or two online for a quick run through a couple of the many available missions. Communication is handled with easily accessible phrases, from greetings and compliments to a few strategy-based commands. For the most part, though, you’ll just be running in one direction and hacking your way through the enemy hordes all the way to each stage’s formidable boss monster.

Co-op is customizable enough to let you decide how much you want the challenge to be trivialized. I would typically team up with others within maybe five to ten levels of my own character, but if you find yourself breezing through stages as a result you can always up the difficulty of the level itself. Taking this too high will make you vulnerable enough to be killed in a couple hits while your enemies soak up damage all day long, but it doesn’t take long to find the right balance for your own particular tastes. 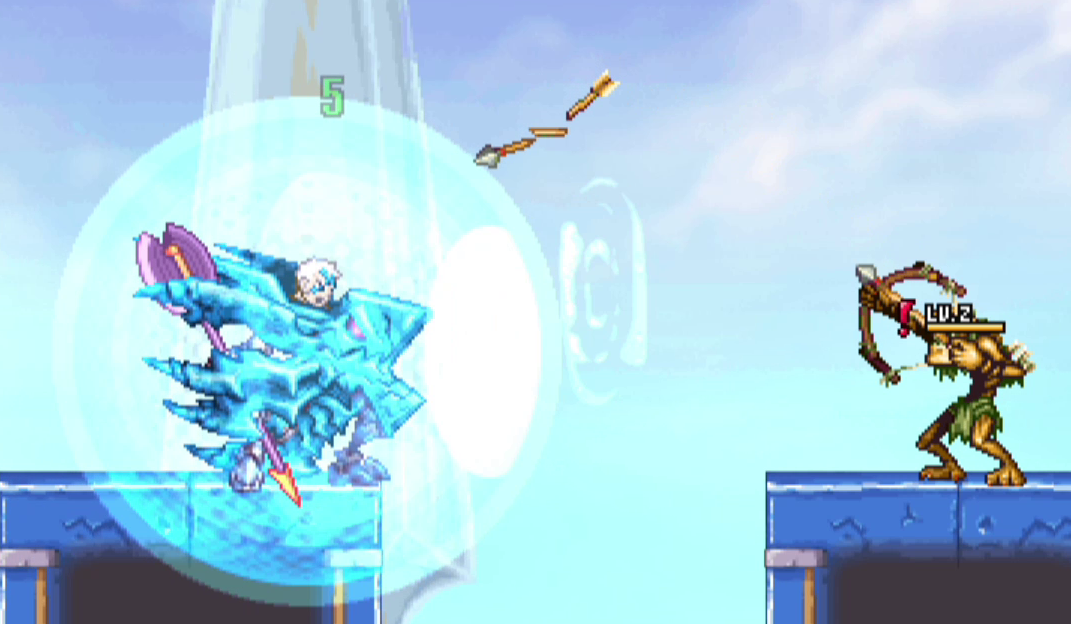 Weapon and power-up variety makes it worth trying out each of the four main character types, so if you’re not feeling one after leveling them up a dozen or so times, don’t let that stop you from experimenting with the rest. Dragon Marked for Death is at its most enjoyable when you click with a character and feel comfortable enough with their move set, so there’s no shame in starting from scratch whenever one particular class wears out its welcome. Keep in mind, though, that if you don’t purchase the physical version you’ll need to buy the character class sets separately. In addition to the Empress & Warrior and Shinobi & Witch packs, additional quests are available as part of the Season Pass. Price wise it all ends up balancing out in the realm of physical versus digital, and those who go the latter route might even find it beneficial to try the game out at a lower base price.

At this time, none of the additional add-ons have addressed the other issue with Dragon Marked for Death, which involves somewhat uninspired level design. Most of the enemy designs are handled well, and the combat is fluid and enjoyable, but the environments themselves can get repetitive pretty quickly. Some concessions were likely made to craft levels that can support different party sizes, but it’s definitely the low point of the adventure regardless. 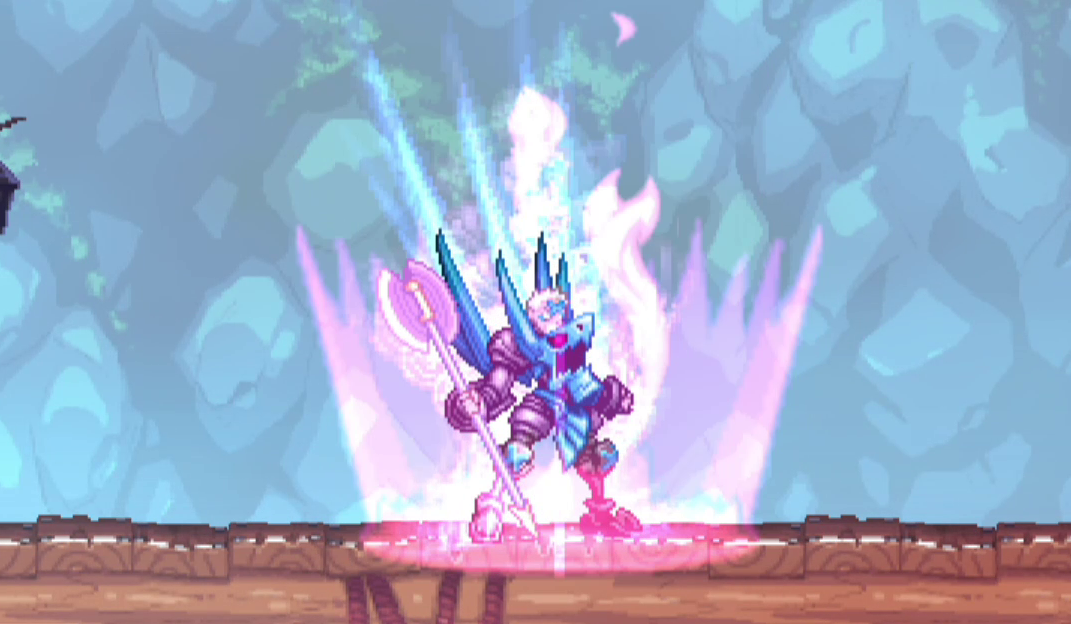 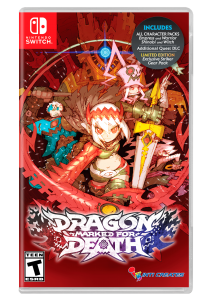 How much mileage you get out of Dragon Marked for Death will ultimately come down to how much you enjoy multiplayer hack and slashing. As a solo game, Inti Creates’ efforts here don’t quite cut it, but there’s plenty of fun to be had with others. If the sprite-based visuals are enough to entice you, a teamwork-centric mentality should keep you busy for a while.