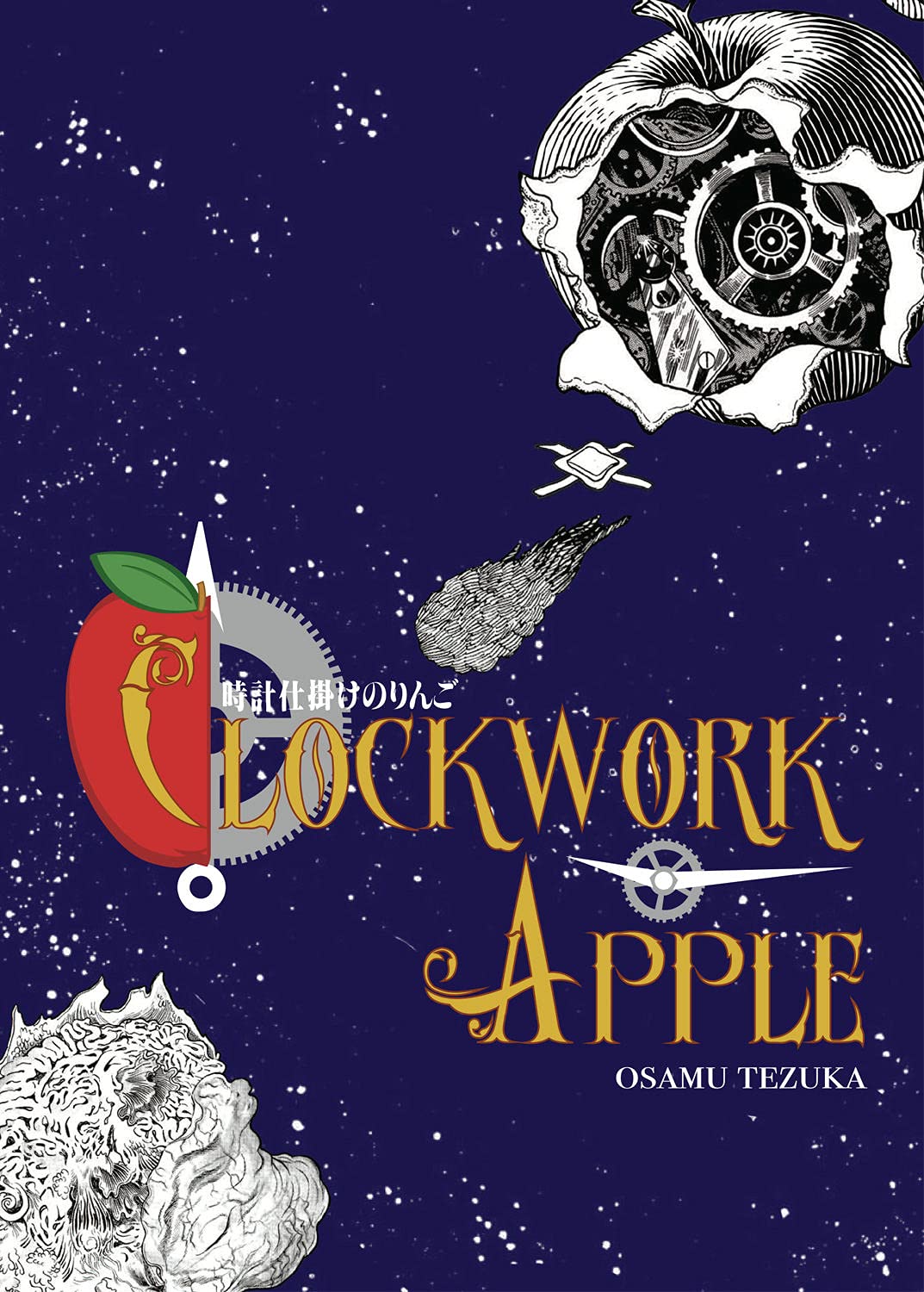 Clockwork Apple is a collection of short stories by Osamu Tezuka that were originally published in the 60s and 70s. Its publication as a book in English was backed by a Kickstarter campaign.

The first story, “The Execution Ended at Three O’Clock,” shows a Nazi getting his comeuppance. It has some supernatural elements, so it’s not a realistic historical story, but it has irony and catharsis with the Nazi meeting his end.

“The Miraculous Conception” has a man in space marry a robot, and the robot insists she can have a baby.

“A Clockwork Apple,” the title story, has a man try to get to the bottom of why the people in his area are being drugged and the newspaper is telling them misinformation.

“Night on the Bypass” has a cab ride become much more sinister than it originally seems.

“Sack” has both romantic and creepy aspects to it as a man falls in love with a mysterious woman who may or may not exist.

“Yellow Dust” has kids kidnapped and a desperate attempt to save them.

“Showtime with the Devil” is about trying to assassinate the prime minister.

“Homecoming” is another science fiction space story, this time with a crew that gets asked for help from someone else in space.

The stories run the gamut from horror to science fiction, and even the more “realistic” stories have their own otherworldly twists. There’s also an afterword from Tezuka, where he talks a bit more about his work (and the fact that Clockwork Apple is a spoof on A Clockwork Orange, even though their stories are completely different). The stories really feel like the 60s and 70s, not just from the fashions the characters wear, but also talk about war, counterculture and political upheaval. Tezuka’s talents shine through as his imagination takes him to new, unexplored places and brings new perspectives to familiar scenarios. A fulfilling short story collection from the master.