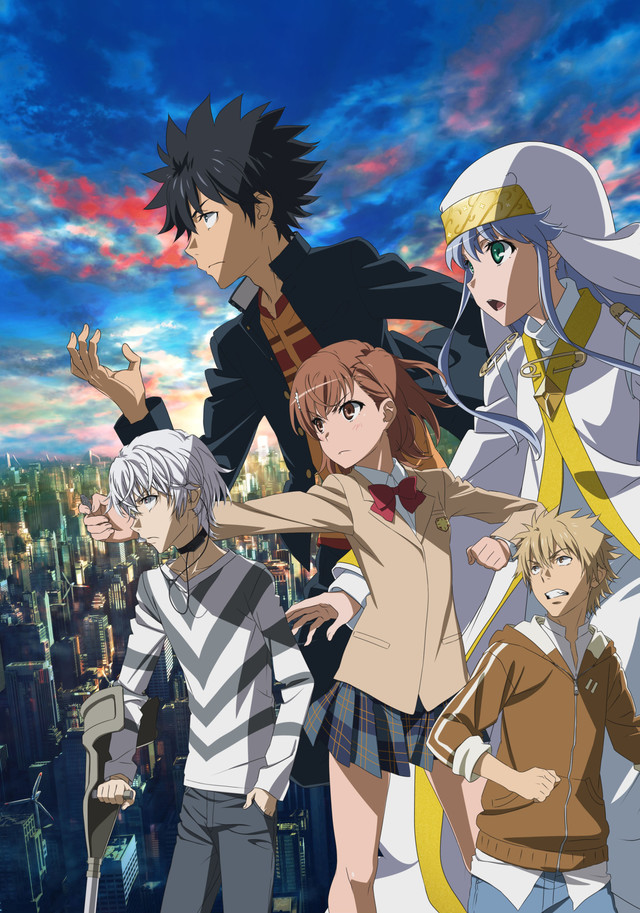 Fans of a certain franchise: get pumped.

We learned last year that A Certain Magical Index would soon be back for a long-awaited third season. Today we learned when that season will hit screens: a certain month known as October.

That announcement alone certainly would’ve been enough, but the folks behind the series did one better, also revealing season 3’s first key visual.

Finally, it was announced that a certain longtime Magical Index director, Hiroshi Nishikiori, and studio JC Staff will be returning for season 3.

We reported back in October of last year that season three of Index was to be part of a year-long project, the “2018 A Certain Project.” So far, we haven’t seen much else announced on the A Certain horizon, but we’ll certainly keep you in the loop.

Here’s Crunchyroll’s description of season one, which aired back in 2008:

Kamijo is a student in Academy City, where people use science to develop supernatural abilities. The guy’s got a lot of heart – luckily for a young nun named Index. She’s on the run from a sorcery society that covets the astonishing 103,000 volumes of magical knowledge stored in her memory. When Index stumbles into Kamijo’s life, she find a faithful friend and protector, and while Kamijo’s easily the weakest kid in Academy City, he’s got something else going for him: the Imagine Breaker, an unexplainable power stored in his right hand that negates the powers of others. With scientists and sorcerers attacking from all sides, the Imagine Breaker will definitely come in handy – but it’s Kamijo’s loyalty to Index that will be his greatest weapon in the fight to keep her safe.