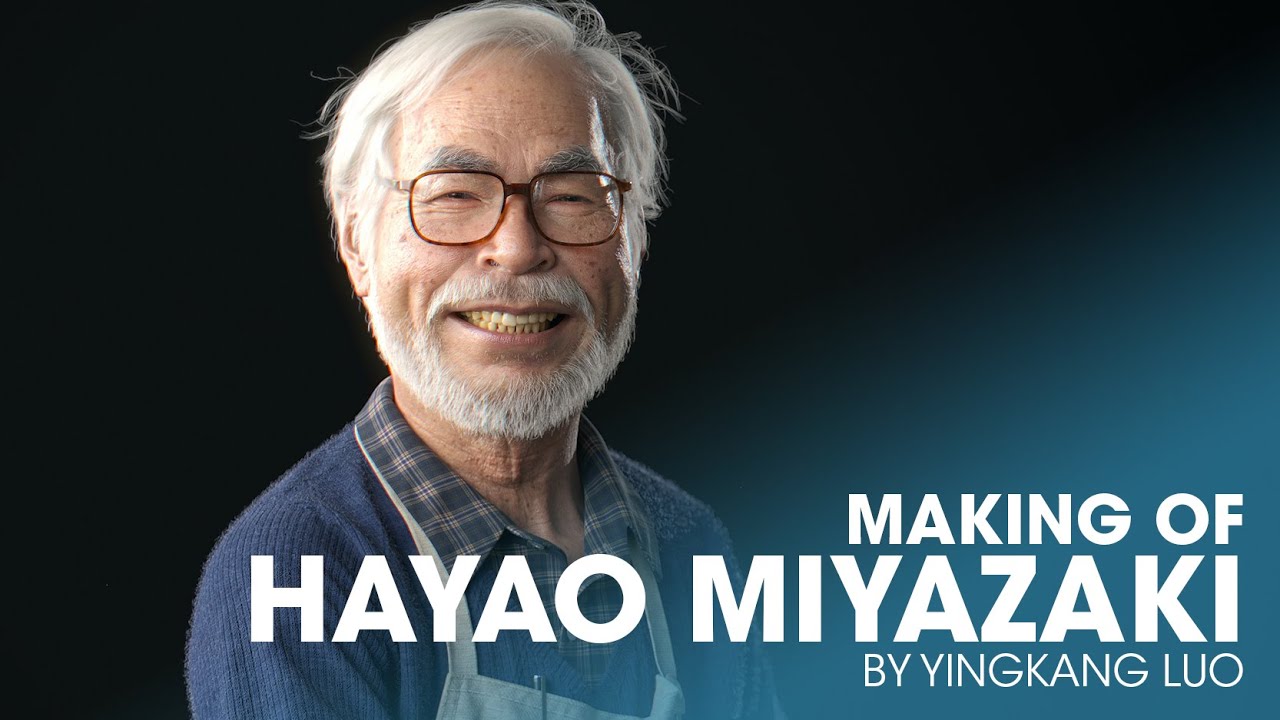 Hayao Miyazaki has dedicated his life to hand drawn animation, but a big fan of his just made an image of the master using CG. While the image was uploaded a few months ago, it just got a lot more attention after Cartoon Brew shared it.

The image was created by Yingkang Luo, a character artist at Naughty Dog. Luo put this short video online, showing some of the process for making the image.

In the image Miyazaki is sitting at his desk, holding a pencil and smiling. You can see clutter on his desk, including pens, papers and books, and part of a Totoro mug. Does it look like a real person to you, or can you tell it was made on a computer?

“Hayao Miyazaki …. is one of the animation legends, so I decided to create a cg version of him,” Luo explained. “I first planned to just create a bust of him, but ended up creating a full image.His works always brings warmth to our hearts, so I decided to create an image of him animating on the table with some warm sunshine spraying on his shoulder to reflect this idea. Hope you guys like it.”

Besides the video, you can also check out Luo’s ArtStation page for more behind-the-scenes looks at the process. Luo also explains that the software Houdini, Arnold, Maya, NUKE, Zbrush, Substance Painter, Marvelous Designer and Texturingxyz were used.

Miyazaki is on the record for how much he didn’t like watching AI make a CG character. At the time he said, “I strongly feel that this is an insult to life itself. ” But he’s also a big fan of Earwig and the Witch, the CG movie his son Goro directed, which obviously involved people and not AI. If Miyazaki is aware of this CG portrait, he hasn’t said anything publicly about it.