Tsutomu Nihei’s BLAME! comes to life in a 3DCG film worth exploring.

In the far-flung future on a planet that may or may not be Earth, technology has taken over. The entire world is covered in a byzantine network of industrial construction, a self-replicating structure known only as the City. Pockets of humanity survive within the sprawling complex, eking out a meager existence as hunter-gatherers. These humans live in constant fear of annihilation by the Safeguard—an automated, robotic defense system programmed to purge the City of “illegal residents,” a category that encompasses the remainder of the human race.

One group of survivors, a community known as the Electro-Fishers, are caught between a rock and a hard place. For generations they’ve survived by occupying a technological “blind spot” where the Safeguard’s Watchtowers cannot detect them and by sending raiding parties out into the urban wilderness to scavenge for supplies. When the tribe’s rations are on the verge of running out, a young Electro-Fisher named Zuru disobeys her elders, steals weapons and armor, and leads a small band of her friends into the City in search of food. During the hunt, a Safeguard ambush nearly wipes out Zuru’s group. They are saved by a taciturn wanderer named Killy who comes to their rescue with a gravity-warping handgun of unspeakable destructive power. 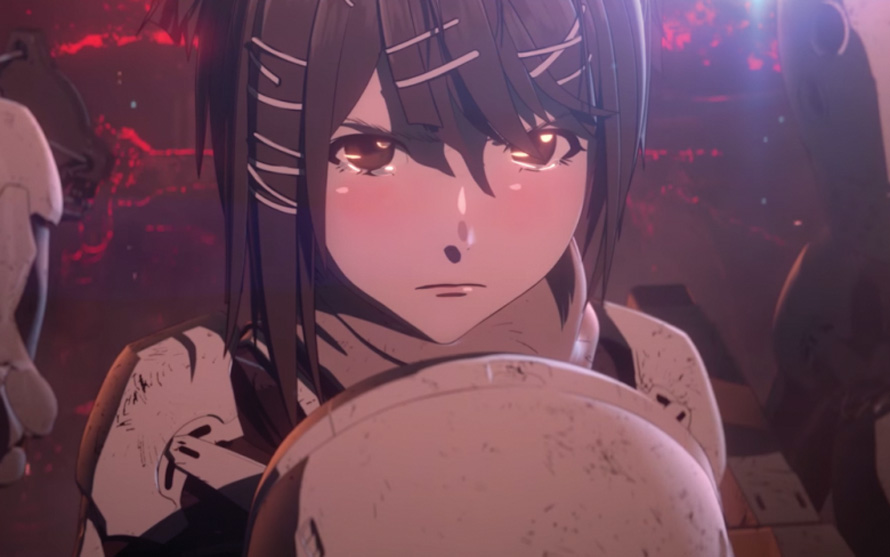 Welcome to BLAME! (pronounced “BLAM!”), a 2017 3DCG anime theatrical film with direction by Hiroyuki Seshita and animation by Polygon Pictures. Based on the manga by Tsutomu Nihei, BLAME! is an action/science fiction film with dystopian themes and a sense of world-building that’s so dense you could carve it with a cheese knife and serve it on crackers. Grim, violent, and uncompromising, BLAME! presents a future where human civilization is barely a memory and humanity’s creations have evolved into a purely synthetic ecosystem. Like blind watchmakers toiling endlessly, the Builders construct the City, their original goal long forgotten.

The film’s greatest strength is its visual aesthetic, which envisions a world rendered alien and threatening by an onslaught of otherwise ordinary technology. Similar to Knights of Sidonia (another science fiction anime that combines the talents of Tsutomu Nihei and Polygon Pictures), the sense of scale in BLAME! is breathtaking. The sheer massiveness of the City is clear, for example, when the Electro-Fishers run across a colossal Builder. The massive robot overshadows their group as a human being would overshadow a handful of ants. The physical grandeur is mirrored in virtual spaces when the cyborg scientist Cibo (voiced by Kana Hanazawa) dives into the NetSphere in search of a solution to the endless aggression of the Safeguard. The mechanical design is also on point, ranging from the functional weaponry and well-worn armor of the Electro-Fishers to the techno-Bunraku other-worldliness of the Safeguard. The special effects animation also reinforces this sense of scale, creating sequences of intense action where Killy’s Gravitational Beam Emitter slices a path of destruction that stretches to the horizon and beyond. 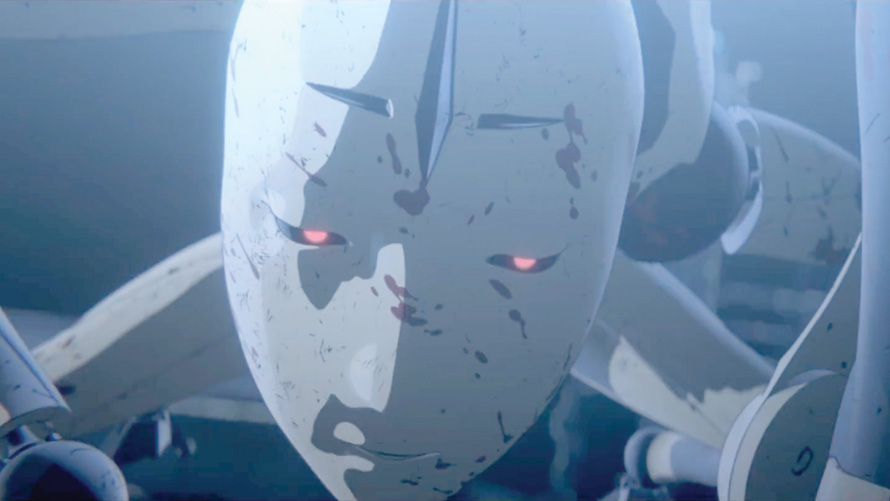 If the visuals of BLAME! suffer from one weakness, it’s that some of the character animation is choppy. This issue crops up in Knights of Sidonia as well, although the problem is more noticeable in BLAME! due to its shorter run time and higher production values. Given that the nonhuman Safeguard are regularly animated with the same sort of fluid animation modern audiences expect from theatrical quality 3DCG, I must conclude that Polygon Pictures is actively dropping frames from the character animation in an attempt to emulate the look and feel of traditional, hand-drawn cel animation. In the hands of a careful editor, this technique can achieve the desired effect, but without an intense injection of time and labor, the end results can be jarring to the eye.

The narrative of BLAME! is competent but emotionally remote. The protagonist, Killy, feels like a stranger in his own adventure. One reason for this is that Killy is a strong, silent type. His Japanese voice actor, Takahiro Sakurai, has maybe 10 lines in the entire movie, and most of them are monosyllabic. Another reason for this is because Killy’s goal is perpendicular to the goals of the other human characters. Killy is searching for humans that still carry the Net Terminal Gene, a genetic sequence that serves as the key to accessing the NetSphere and that would allow the carrier to bring the rampaging City back under human control. But this grand quest feels abstract and insubstantial compared to the troubles of the Electro-Fishers. And the final reason for the film’s emotional distance is that Killy is effectively invulnerable, able to shrug off injury that would be fatal to normal people due to his modified body. (This detail is apparently a major revelation in the manga, but in the movie, it’s clear from the beginning that Killy is not entirely human.) The plight of the Electro-Fishers is the most compelling part of the story. Confronted by both the threat of starvation and the threat of slaughter at the hands of the Safeguard, Zuru and her tribe are underdogs who command the audience’s sympathies. The Electro-Fishers struggle mightily, armed only with an inadequate understanding of their circumstances and a handful of antique rail-guns that are little more than glorified crossbows. 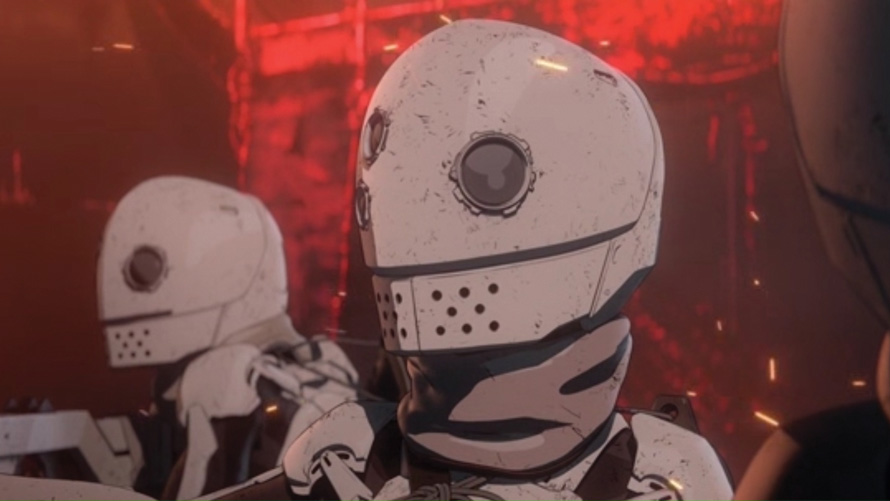 Released in theaters in Japan, BLAME! is currently streaming on Netflix as part of its expanding catalogue of original anime programming. The film is available in the original Japanese language with subtitles in English, Japanese, Chinese, and Spanish. It is also available with the audio dubbed in English, French, German, and Spanish. For anime fans who already have a Netflix subscription, the cost of entry is not an issue. The only question is whether BLAME! is worth its hour and 46 minute run time. My answer is a tentative “yes.”

BLAME! walks a fine line between leaving the audience unsatisfied and leaving them wanting more. While it may not be the most emotionally rewarding experience, the film stands on its high production values, its meticulously realized world-building, and its cynical take on trans-humanist themes. BLAME! is a throwback to an earlier era of science fiction anime films that were less concerned with telling a story and more concerned with assaulting the viewers’ senses and turning their preconceptions of the real world upside down.

You can catch BLAME! streaming on Netflix.