After news that a pre-ordered shipment of limited edition Goku figures from Bandai may have been lost at sea en route to California earlier this month, we figured it’s a good time to count our blessings and take look at premium Goku memorabilia that doesn’t require James Cameron’s diving team to get ahold of. Whether you want to call Goku statue, model, figure or what (THEY’RE NOT DOLLS, MOM!!!) this list should make you help the best purchase out of the variety of options out there. 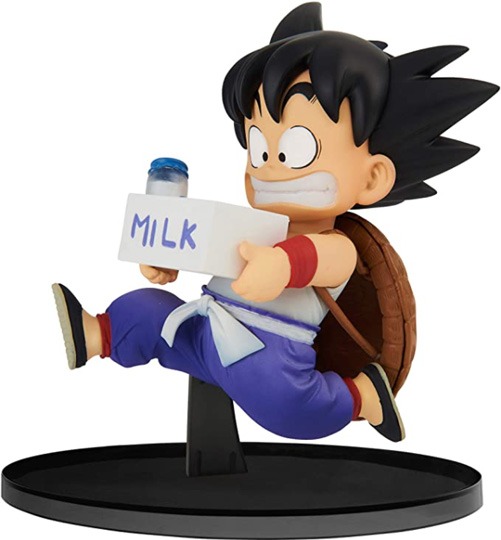 This entry harkens back to simpler times, when Goku was young and his biggest concern was running Miyagi-esque training errands for Master Roshi. Not-so-fun fact: the first U.S. broadcast of Dragon Ball’s  “Milk Delivery” episode happened on the morning of September 11th 2001, and was cut off in the middle by news coverage of the terrorist attacks. So you could also consider this figure to be a really light-hearted and roundabout piece of 9/11 memorabilia. 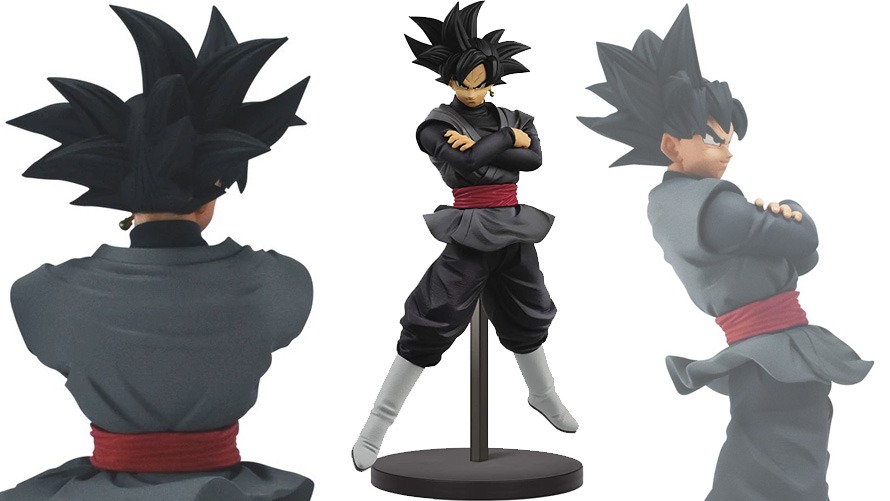 Yeah yeah, it’s not really Goku. But as we struggled to find an interesting Dragon Ball Super figure for this list, we realized that putting Goku in a black turtleneck is actually more innovative than all of his new super saiyan transformations in the show.

Swap his hair color and tell us his power level went up? Seen it. Make a villain that looks just like him? Been done. Dress him like some kind of kung fu beatnik and give him a dumb name that spawns regrettable lines like “Hold your fire, this man isn’t Black!“? NOW you’ve got our attention. 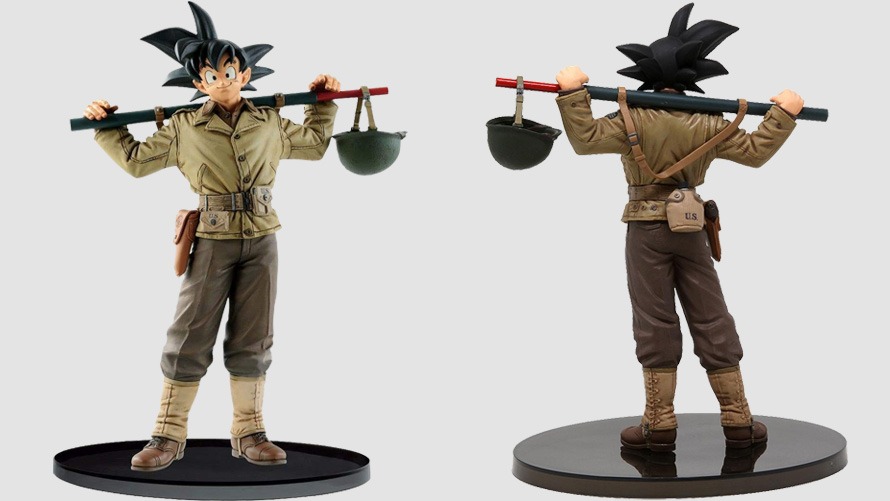 Remember that arc where Goku takes Trunk’s time machine back to the 40s, joins the U.S. Army, and single handedly defeats all of Hitler’s forces with his Nyoibo pole? Yeah, we don’t either. The closest that ever came to happening is when Goten and Trunks wiped Hitler’s tanks in Fusion Reborn, but whatever Banpresto’s smoking must be pretty good.

Actually this is based on a one-off Toriyama illustration of Goku riding a Harley Davidson WLA military bike. It’s a little strange that they didn’t include the Harley with this figure, but the whole idea of Goku in this outfit is so strange that we had to include it. 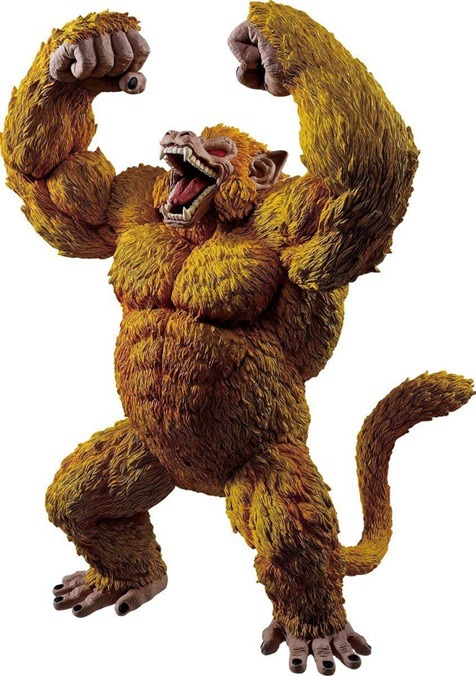 The Golden Oazuru form takes Goku full circle from his later Super Saiyan transformations back to his original roots in Journey To The West’s Son Wukong, which had been unceremoniously discarded for years after the Saiyan saga. While the form was invented by Toei and not Toriyama, its first appearance actually happened when Vegeta first mentions the Super Saiyan legend during a filler segment in the Namek saga. So it’s not just a GT form and does make an appearance in the Dragon Ball Z anime, and this hulking Goku statue allows you to own part of the legend. 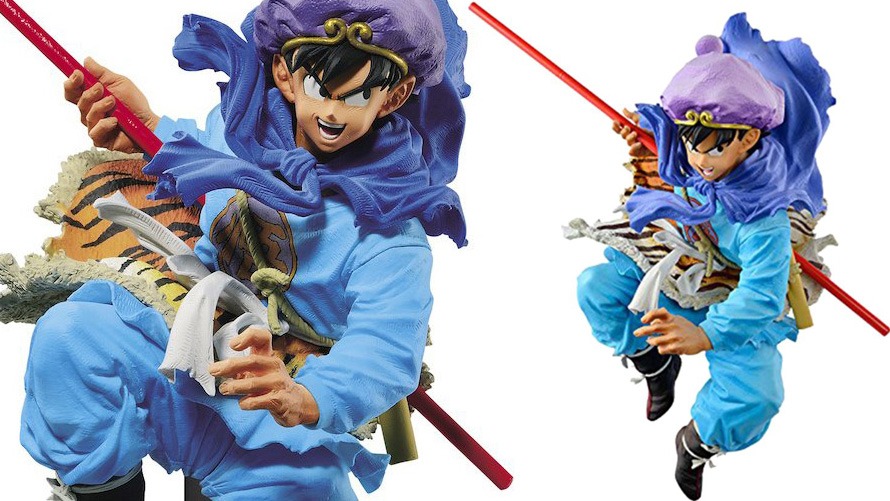 Based on a one-off Toriyama illustration that directly puts his characters in Journey To The West-inspired outfits, this is one of the most unique outfits you can get in a Goku figure. We’re a little sad there’s not figure for every character shown in the illustration, but everything from the pose to the details in the folds and texture of the clothing in this entry are really cool! 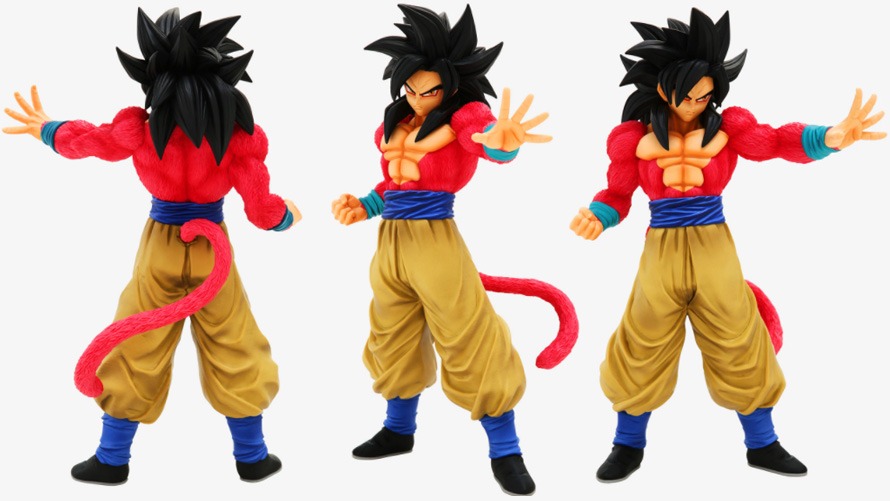 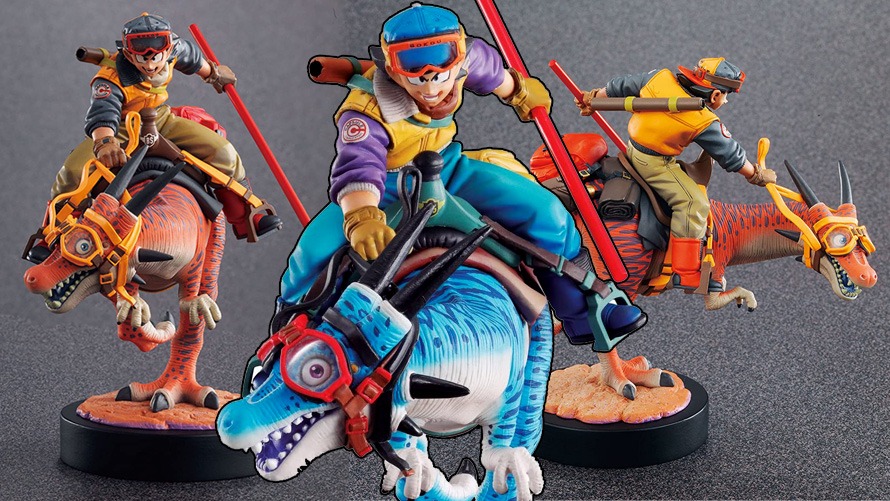 There are a lot of Toriyama covers with random dinosaurs and dragons, and cover of The World of Akira Toriyama was one of the standouts. This Goku statue recreates it faithfully in 3D, and perhaps even better – we have a sneaking suspicion the alternate repaint version was inspired by the outfit Piccolo borrows for the infamous driving test episode. The Goku statue is really exemplary of the whimsical variety in Akira Toriyama’s more adventure-based early work. 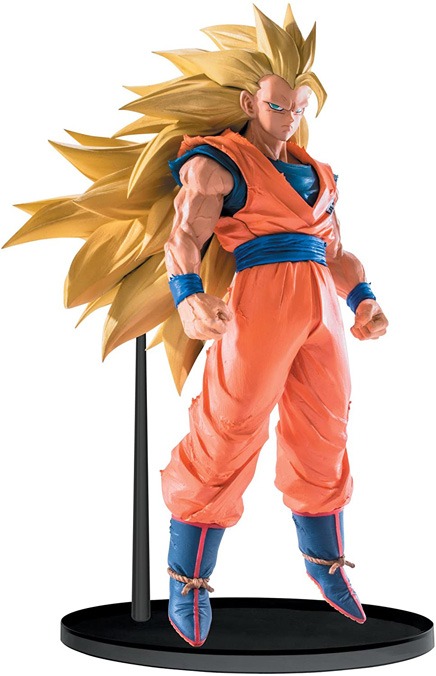 Depending on execution, Super Saiyan 3 can either look really badass or really ugly, and this entry is a shining example of the former. Looking at this figure temporarily erases from our minds traumatic memories of rushed, off-model animation adding insult to injury as Beerus effortlessly defeated SS3 Goku in Dragon Ball Super. When we look at this figure, we are convinced that Goku’s SS3 form didn’t really lose to Majin Buu (RECOUNT THE POWER LEVELS)… he just let Buu win to give his friends a chance to save the world for once. 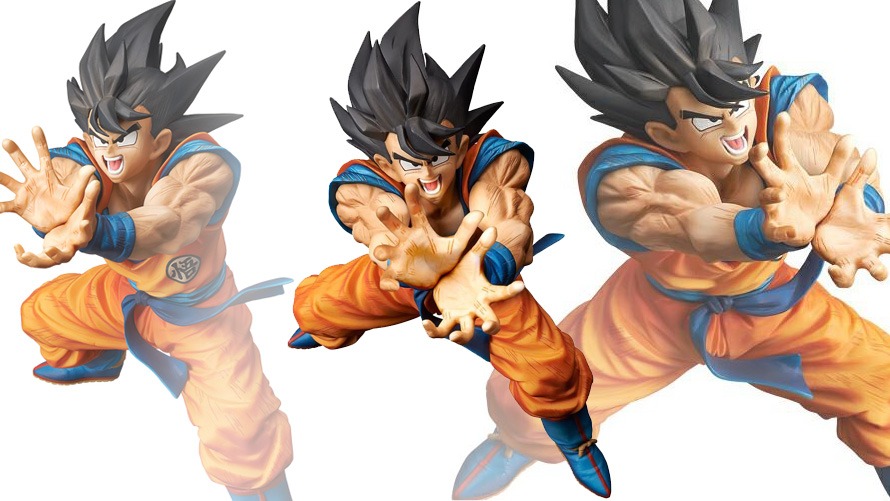 If we’re to include one “normal goku” version in this list, it would have to be one executing his signature energy move. This particular depiction is based on the cover of the Dragon Ball: A Visual History art book and roughly recalls when he deflected Vegeta’s Galik Gun during the Saiyan Saga. It doesn’t get much more classic than this. 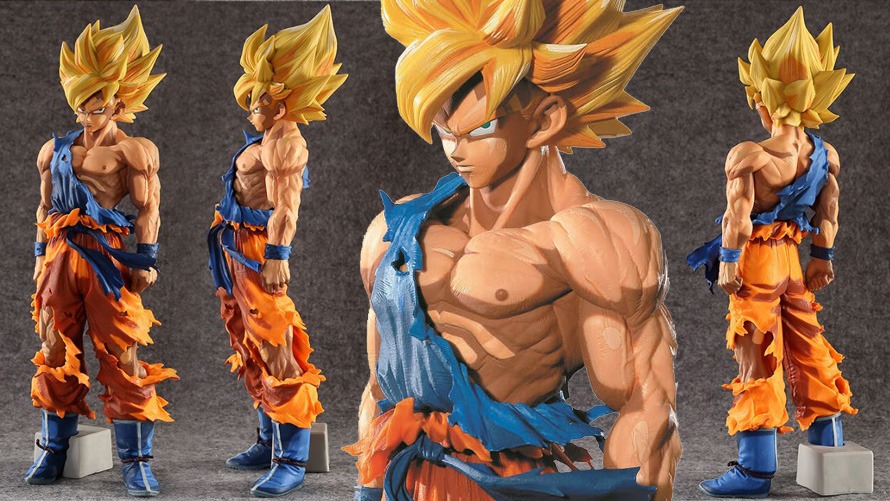 Banpresto’s Manga Dimensions line employs “cell shading” on the paintjob to emulate the coloring style of the series’ mangaka. This approach might not be for everyone, but it strongly recalls Toriyama’s iconic illustration of Goku’s first Super Saiyan transformation in the Frieza saga. Given how much these transformations dominated the popular later arcs of the Dragon Ball series, we feel the #1 spot has to go to the most accurate figure of the OG Super Saiyan form.