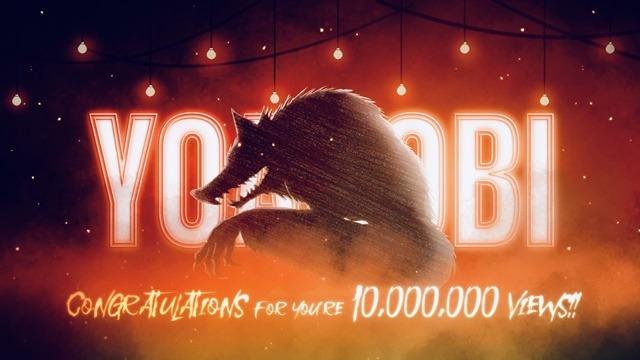 BEASTARS Season 2 is finally coming to Netflix outside of Japan next month, so we’ll all get to enjoy the glory that is YOASOBI’s opening theme song, “Kaibutsu” (“Monster”). The OP was released in Japan in single form on January 6, and the music video featuring footage from the show followed on January 13. Now, five months later, YOASOBI’s music video is sitting mighty proud at over 100 million views on YouTube.

The group came through to thank fans via the official Twitter account, saying, “Thank you for surpassing 100 million views of the ‘Kaibutsu’ MV! This is the OP theme for the second season of the TV anime ‘BEASTARS.’ This collaboration, which was linked to the anime’s OP movie, would never have been possible without the challenging spirit of the production team! This is a clip full of the playfulness of the director, Rina Mitsuzumi, and the rest of the production team. Please check it out!”

You heard ’em… check it out!

Here’s the creditless version of the anime’s OP: