As I noted in the pages of Otaku USA, the trouble with Ergo Proxy is that Re-l Mayer isn’t the main character. Contrary to the advertising, the series is not actually about a young girl blasting robots to smithereens throughout the war-torn, post-apocalyptic future. Post-apocalyptic futures were all the rage back in the 1980s, and even right now it’s awfully hard for me to tear myself away from Fallout 3. But I have a civic duty to perform which is perhaps of equal importance to one’s ACTUAL civic duty regarding the US Presidential elections: recommending anime and manga that are LIKE Fallout for everyone who finds themselves with renewed interest in stories about splattering Mad Max thugs in the wasteland of tomorrow. The first and best answer to that question—along with all other questions—is Fist of the North Star, but if you want something with a more technological bent that’s slightly smarter but with equally insane levels of gore, look no further than Battle Angel, or as they call it in Japan, Gunnm. Yep, this one harkens back to a time when they’d change around all the names to bring things over to America—in their defense, “Gunnm” is tricky to pronounce and all too easy to confuse with “Gundam”—and since the manga’s still going on, the changes have stuck to this day.

Yukito Kishiro, creator of Battle Angel, is a man who I forever associate with Berserk manga author Kentaro Miura and Blade of the Immortal manga author Hiroaki Samura. The works of these guys, much like Tetsuo Hara of Fist of the North Star fame, all feature INSANELY detailed artwork combined with an understanding of how to depict action sequences on the printed page that is on a much higher level than pretty much anyone currently on the Shonen Jump roster. Don’t get me wrong, I like Shonen Jump titles, but the intense pressure to release weekly chapters often results in fight scenes consisting of nigh incomprehensible masses of lines and scribbles. I have in the past found myself watching the anime for One Piece, Naruto, and such just so I could get a better idea of what actually just happened in that fight. Quality of this sort of caliber takes time, which is why a lot of these guys release chapters once a month instead of once a week (if we’re lucky). But even so, I get the feeling that they must all be silently competing with one another to see who can take the longest time to finish the one single manga title that they’re each famous for. That’s clearly a competition which none of them is prepared to lose.

“Some of the most awesome fights ever” would be enough endorsement for ME to be convinced to go check out Battle Angel in its various incarnations, but most people want to know about storylines, characters, and settings. Spoilsports. The title character is Alita (originally named “Gally” in Japan), a female cyborg with amnesia whose only memories seem to be that she’s a master of an extremely powerful martial art called Panzer Kunst that is so CRAZY that only cyborgs can use it. Sure, “Amnesiac killing machine” is a rather overused plot convention for my liking, but if it’s good enough for Matt Damon then it’s good enough for Alita! Faced with a desire to regain her lost memories, Alita performs a variety of tasks over the years, but they all end up incorporating her aptitude for splattering the pavement with cyborgs. And oh boy, do they ever! Battle Angel Alita is easily one of the most violent and gory comics out there, and every bit of brain matter and shattered bone mixed with metal is presented in glorious detail. If you learn anything from this series, it’s that any shortcomings found in any anime ever could be made up for with the inclusion of a rocket hammer.

The manga ran for many years, but to this day there’s only been one short two-part OAV made, released in the US under the name Battle Angel, which (fan CG creations aside) serves as the only animated incarnation of Gunnm out there. Although it was once a staple item of every Blockbuster Video, after the DVD format came along finding copies became much trickier thanks to James Cameron supposedly wanting to make a live-action adaptation. That never did happen after all, so you should hopefully be able to find old copies of this online without TOO much trouble for about $12 or so. Even though it otherwise keeps all the original series names intact, the storyline is drastically altered and shortened as a result of it being made while the manga wasn’t nearly as long as it currently is. After all this time, I still really want another Battle Angel anime, but it’s been so long that not many people remember it anymore. Allow me to tell you a story of my wasted youth:

Back when I was a teenager, manga wasn’t as cheap or easy to come by as it is nowadays. You had to do something most manga readers would consider unthinkable: actually walk inside a comic book store. My first big manga purchase was on 4th of July weekend of 1997. While everyone else was off at Anime Expo to see the incredibly awesome Yasuhiro Imagawa, I resolved to spend the weekend watching through all of The Violinist of Hameln in raw Japanese, taped off TV and recorded in EP. The events of that weekend are largely a blur of classical music and still frames, but at some point I ventured out to the comic book store, where the employee—let’s refer to him as “Duc Tran”—offered a sizable discount on the various Viz graphic novel compilations of manga, which back then was almost entirely seinen works that were primarily released one chapter at a time just like how American comic books are. Among other things, I walked away with graphic novel sets of Adolf, Sanctuary, and what was available at the time for the manga release of Battle Angel Alita. Over a decade later, my last big purchase at an anime convention was the REPRINTED compiled editions of Battle Angel Alita, plus the latest volume of the sequel, known in the US as Battle Angel Alita: Last Order. I guess I never grew up that much after all!

That said, I don’t really know if I can recommend Battle Angel Alita: Last Order. The artwork’s better than ever, sure, but for something meant to replace the original ending (which is removed from the reprints) it has now gone on for even longer than the original manga and its side stories put together while simultaneously failing to resolve anything whatsoever. One of the biggest draws to the series for me was its setting: a sprawling slum built amidst the discarded refuse and scrap of a towering floating city above it. If you like cyberpunk or post-apocalyptic settings, Battle Angel Alita has what you were looking for. It only takes a few volumes of Last Order for the setting and cast to change almost completely from the original, adding in weird mutants and space vampires that aren’t nearly as cool as the ones in Cyber City Oedo 808. Furthermore, it’s guilty of the ultimate shonen action cliché, which is kind of depressing considering this is supposed to be seinen: the martial arts tournament. Don’t know what to do with your story? Got a bunch of character sketches and don’t really know how to introduce them? Then the martial arts tournament is the plot device for you! Ultimately, Last Order isn’t an “ending” so much as an “artificial extension” of the original story. Hey Yukito Kishiro, I have two words you should strongly consider to put this manga back on track: ROCKET HAMMER.

But for all its ups and downs, for all its shifting settings and cast members, one thing remains consistent: Alita. Sure, her appearance may change quite a bit due to getting replacement cybernetics, but if her character wasn’t likable or compelling the series just wouldn’t work. On top of that she’s an awesome fighter and isn’t treated as some sort of latent/blatant fanservice outlet the way most “tough girl” characters are. It’s too bad that all of the other robotic girls in anime won’t follow suit, but that’s only more reason to watch the anime and read the manga so that you too may know what it’s like to taste the flan of victory! 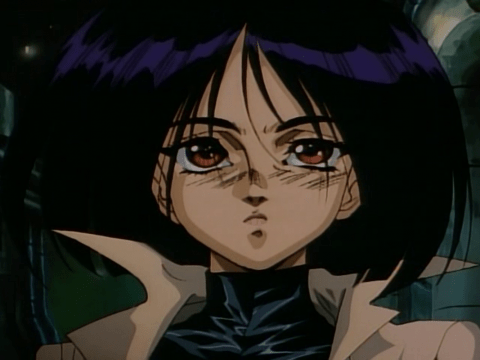 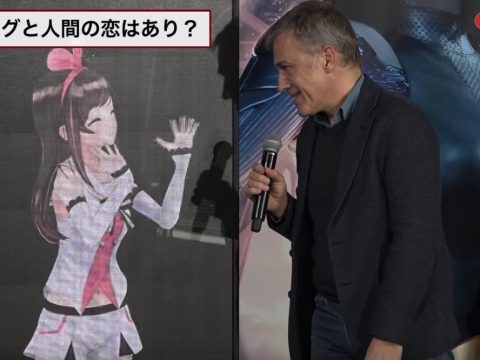 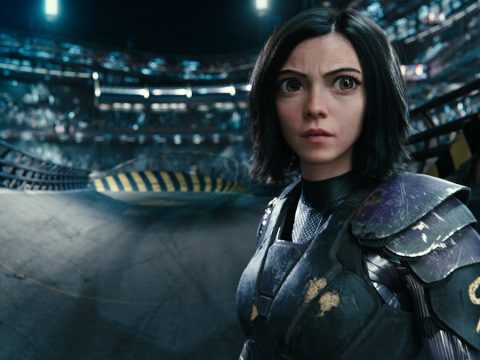 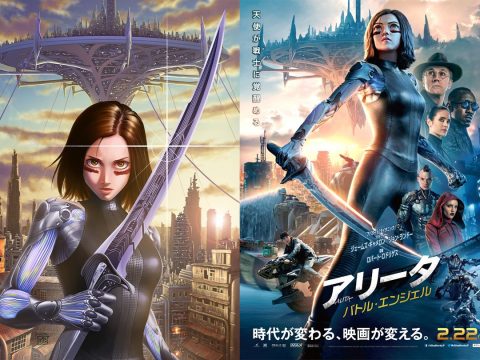 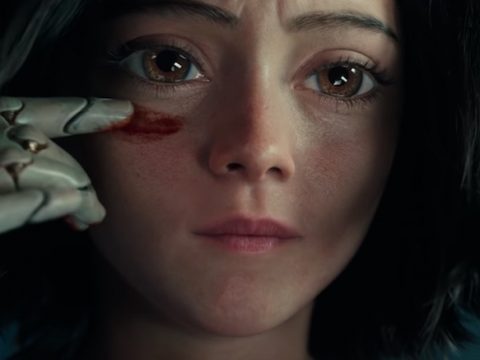