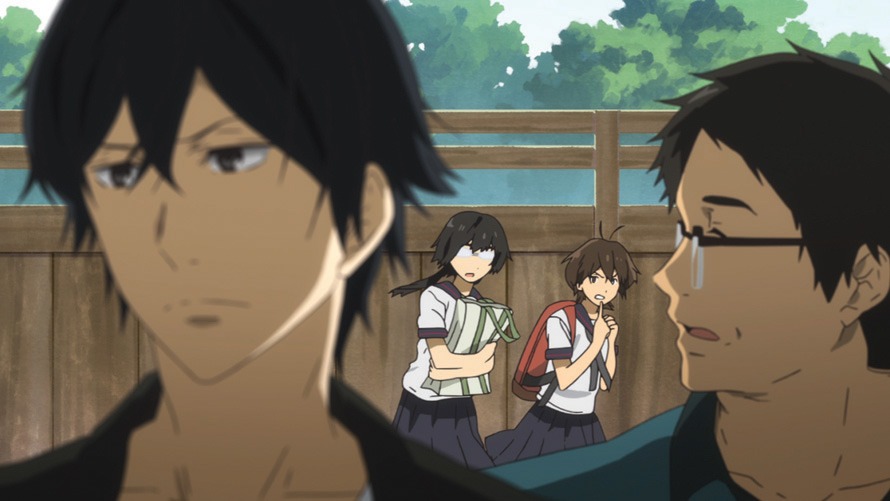 A stroke of genius

John Lyndgate once said, “You can please some of the people all of the time, you can please all of the people some of the time, but you can’t please all of the people all of the time.” Seishu Handa, a prodigy calligrapher at the startling young age of twenty-three, has apparently never heard of Lyndgate. So when he suddenly falls from grace, he falls hard—and by hard, I mean punching a respected curator in the face after he criticizes his most recent work as something you’d expect to see in a textbook. Then he flings his show at the guy for good measure. Rather than getting invited to be the next Super Smash Bros. character, Handa gets shipped off to the Goto Islands (near Kyushu) to cool his head and focus on his work. But adapting to the rural life just makes his anxieties worse! In particular, a little girl named Naru Kotoishi keeps breaking into his house so she can play with him. Needless to say, Handa doesn’t take things well. But is there any room in Handa’s mind for improvement?

Barakamon—the summer 2014 adaptation of the manga of the same name—is actually an ironic title for this anime. It literally translates as “easygoing guy,” but its protagonist is anything but; ironically, he’s one of the best parts of the show as he slowly matures as bother a person and an artist during his time on the island. When we first meet Handa, he’s neurotic almost to the point of parody, and his struggles are shown in a way that will speak to anyone who’s ever questioned just “how good” they are at something and how much the reputation mattered. The change of setting to the island is significant, because without all the trappings of the big city, he’s free to develop his previously traditional and straightforward works and find who he is and what drives his passion (and I say this as someone who knows squat about calligraphy). And what better way to find out what drives you than by hanging out with little kids? 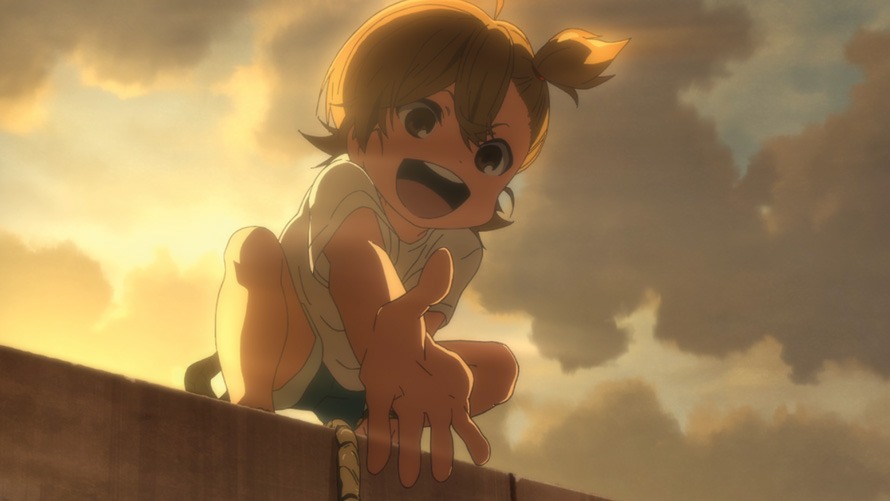 Naru herself is a rambunctious first grader—a free spirit never once tethered to the confines of the big city. She’s an engaging mixture of childhood monster energy and precocious wisdom that behaves much like an actual child. Helping this portrayal is the fact the Naru is voiced by an actual kid—Suzuko Hara, an actual child actor. Her interactions with Handa are the heart and soul of this anime; it’s like a relationship between a parent and a child but not exactly. She’s also a good representation of the kind of humor (which there is a lot of) Barakamon belts out: 1) never demonizing the city or the country, but instead deriving its jokes from the collision of the two lifestyles; and 2) pulling jokes from the characters themselves (e.g., Naru believing she’s more grown-up than she is because she can spell out words). By the way, the relationship between Handa and Naru breaks the child-fixing-an-adult’s-problems formula by simply not having any breathtaking discovery come about simply by way of her presence.

Really, Naru also serves as a great example at the lengths Barakamon goes to be as authentic as possible. It’s not just the children acting like actual children, it’s the fact that the series really delves into its environment: characters sans Handa use the actual Goto accent and dialect, and even the episode titles get listed in both the Goto dialect and the main translation. If that’s not capturing the voice of a region, I don’t know what is. Also capturing the region is the lovely visual direction from Kinema Citrus. While it’s nothing mindblowing, it fits the show well, and you really get the sense that you’re actually living in the countryside for a while. 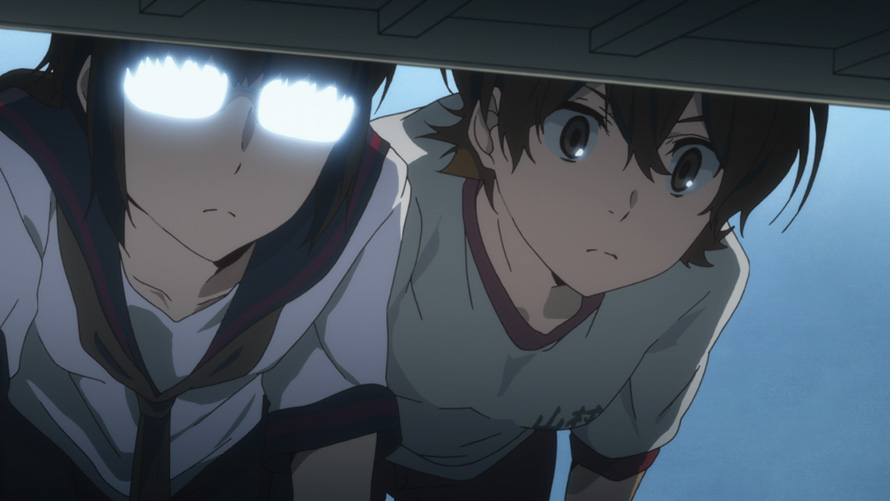 Barakamon can ultimately be best described as slice of life at its best. It’s got great characters, Handa’s interactions with everyone, a heaping dose of laughs, and an actual story arc. Like a fine painting, all of these different elements work together like strokes of a brush to become something wonderful.

The Ancient Magus’ Bride: Jack Flash and the Faerie Case Files
Here are Our Contenders for Anime’s Best Girl of 2020!