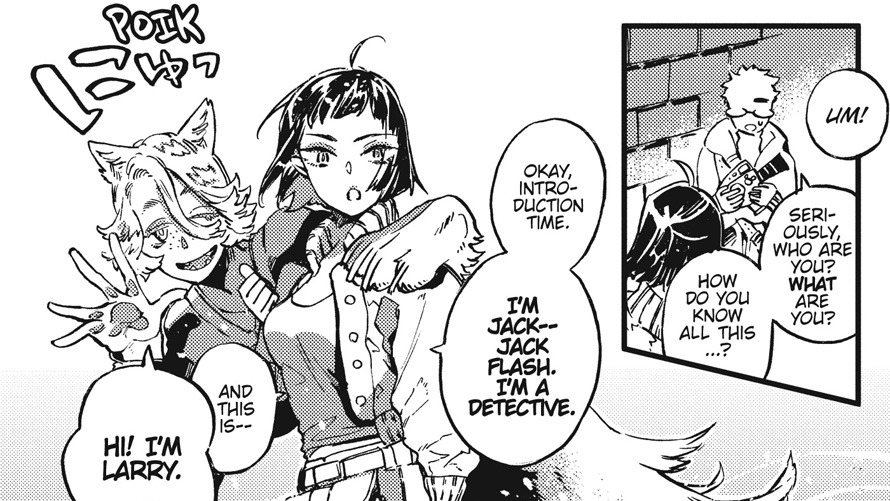 Prepare to be swept away again. This spin-off of The Ancient Magus’ Bride could have been another cheap cash grab to exploit the popularity of the original, but Jack Flash creates a unique new setting. The pastoral countryside of England is left behind for the streets of New York City. Crammed into the empty spaces of New York is a secret world of strange and gorgeous monsters which goes unnoticed by the populace. Indulging in the fantasy that there is magic all around us, if only we could see it, Jack Flash offers the same transporting experience, a window into an enchanted world, that first captured readers in Ancient Magus’ Bride.

The team responsible for Jack Flash puts time, attention, and, above all, detail into the book. The pages are alive with bizarre creatures, magic, myth, and danger. The first chapter offers an easy introduction to the characters and worldbuilding through the eyes of a young man who unknowingly accepts a cursed camera. This introduction ought to be enough, but later chapters go into more info-dumps as the plot follows the 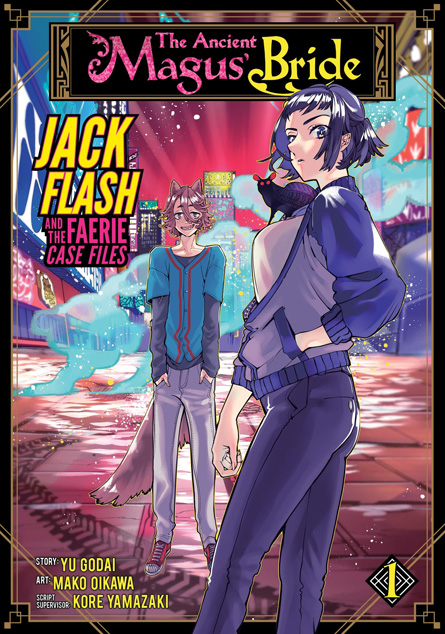 mystery of a missing dragon egg. As much as these digressions slow the narrative, it hardly matters because they look so good doing it. Each page is crammed with detail and filled with gorgeously rendered character designs, costumes and action sequences.

The story follows Jacqueline, Jack for short, a changeling fae who was left in the human world and traded for her “brother” Larry, a human who grew up in the magical world. Larry may have started as a human, but he’s acquired the ability to shift into a wolf (though his wolf form looks more like a massive shaggy borzoi). Together, Jack and Larry solve crimes that cross the boundaries between the magical and mortal realms. Throughout the first volume, the mysteries are used as vehicles for exposition and backstory. Hopefully, this will taper off in future volumes as the setting becomes more established.

The tone of Jack Flash is a change of pace from Ancient Magus, with more action and drama and not a whiff of romance. Hopefully fans will join the fun in this expansion of the Ancient Magus universe that builds on the original while offering something new and lovely. Recommended.