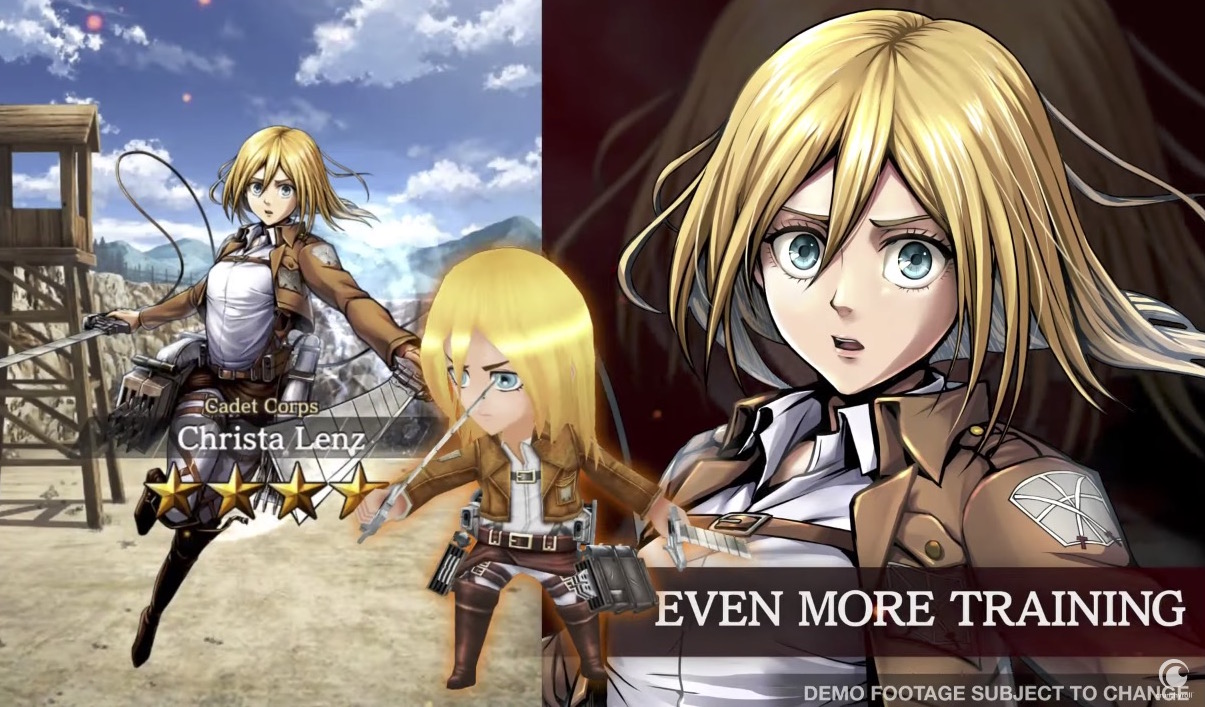 Attack on Titan TACTICS is a tower defense/real-time strategy game currently in the works for Android and iOS devices, and those who want to pick it up on the former can now pre-register. DeNA announced the launch of pre-registration on Google Play today, so fans in the U.S., Canada, and Australia can sign up to be among the first to play.

Some of the characters available in the game include Eren, Mikasa, Levi, and more, with a story that follows that of Hajime Isayama’s manga and its anime adaptation. TACTICS will launch on Android and iOS early this fall, and you can see the pre-registration trailer below. 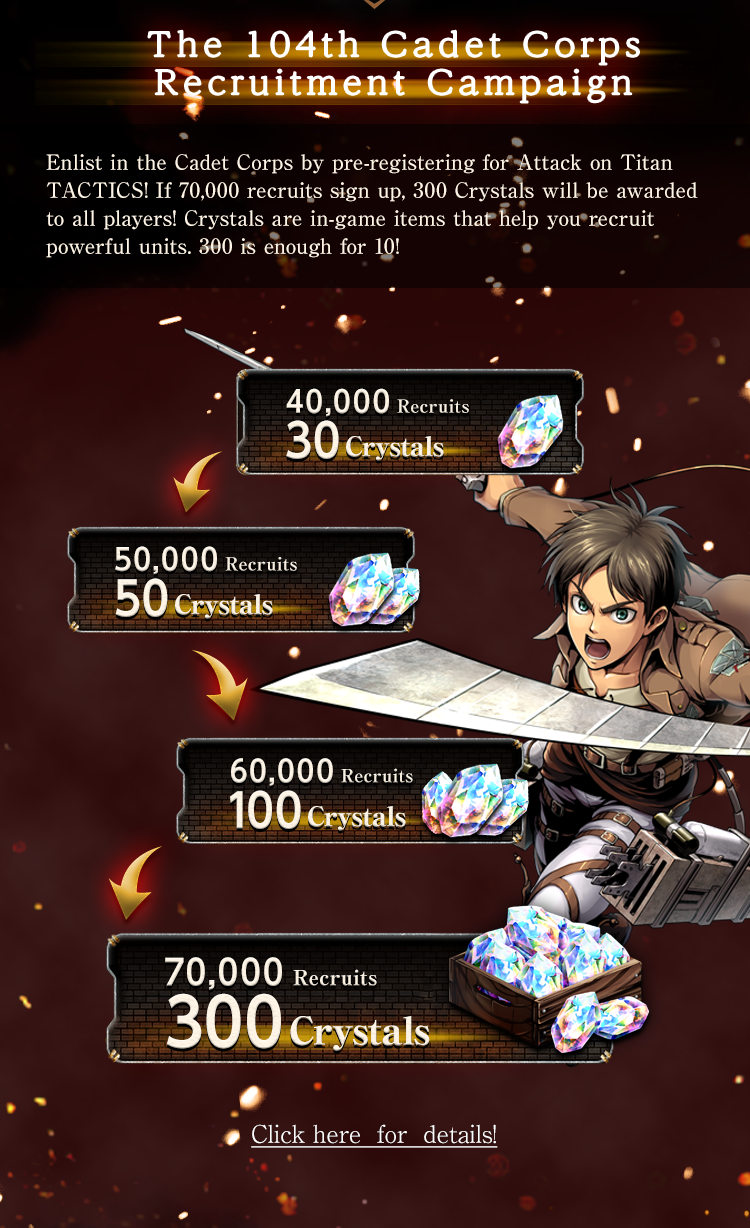